NAFEST: Why Runsewe is happy with Lagos 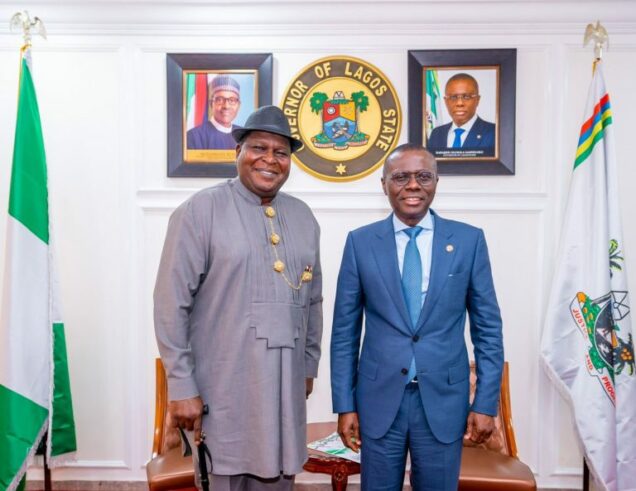 Runsewe expressed his happiness over what he termed a laudable preparation for the festival by the Lagos State Government on Friday in Lagos during a media tour of the National Stadium, the venue for the forthcoming festival tagged “Eko NAFEST”.

He said going by the level of preparation toward the festival, Lagos State had so far laid beautiful precedence for other states in trying to host subsequent editions of the festival.

According to him, the state has been able to rebrand various sites within the National Stadium where some aspects of the festival will hold.

He noted that in the history of NAFEST, no state had been able to prepare this much within a short time, over the years.

“This entire edifice here in National Stadium has been abandoned over 25 years now and here we are, Gov. Sanwo-Olu has renovated and rebranded it for the purpose of the festival.

“It is so evident that Gov. Sanwo-Olu matches his words with his actions, the level of preparation here signals that revellers will have a memorable festival.

“When I was invited to visit the facilities for the 35th NAFEST, I thought it was a joke but couldn’t believe that such kinds of facilities exist in Lagos State.

“From the history of NAFEST, this is an upgrade to the standard of facilities we have been exposed to, for me, Lagos state is ready to host the federation.

“Before now, we rarely have a venue for the cultural market, we got it and several other things, Lagos is indeed setting a beautiful pace for other states to follow,” he said.

Runsewe lauded the accommodation arrangement made so far with free wifi services revellers will enjoy.

According to him, the state remains well organised in its planning process as each of the accommodation halls is labelled, exploring the brands of the state.

He urged other states coveting the hosting right for the festival to take a clue from Lagos state.