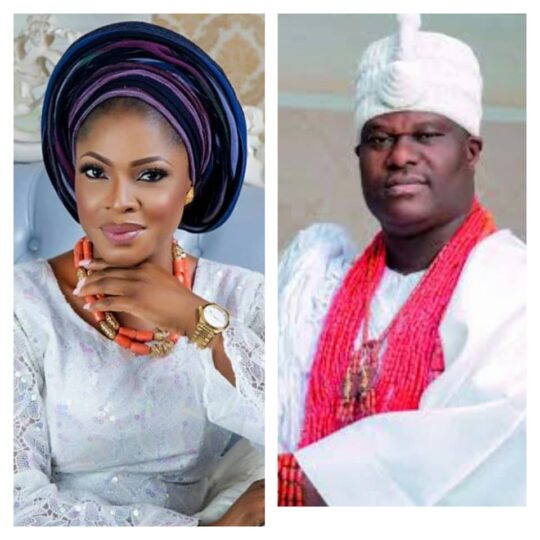 The Ooni of Ife, Oba Enitan Ogunwusi, is set to marry his sixth wife on Monday, 24 October, 2022.

The new wife is Olori Temitope Adesegun, She is an Ijebu Princess.

Ogunwusi had on 20 October, 2022 married his fifth wife, Ronke Ademiluyi. This came right after the wedding thanksgiving celebration of the king’s first marriage to Mariam Anako which was held just a day before the Ooni’s 48th birthday celebration.

The monarch had married Mariam Anako on September 6, 2022, as his first wife. She is from Ibira, Kogi State.

Elizabeth Akinmudai was married by the monarch as the second wife, while the third wife, Tobiloba Philips, was taken in by the monarch on 9 October, 2022. She is from Okitipupa in Ondo State.

Ashley Adegoke, a princess from Ile-Ife, is the fourth wife of Ogunwusi.

All the monarch’s wives were married between September and October 2022.