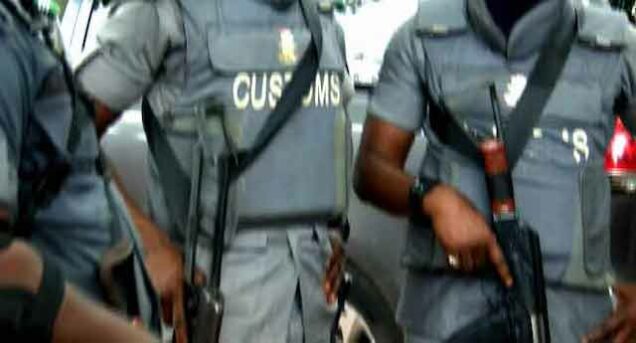 An Assistant Superintendent Nigerian Customs Service, Saheed Aweda was killed, while three others sustained life threatening injuries after suspected smugglers opened fire on them in Igboho, while on patrol on Sinau-Kenu Road in Baruteen Local Government Area of Kwara last Friday.

The patrol team had earlier impounded 40 bags of smuggled rice and 30 jerry cans of petrol hidden in a nearby bush alongside Sinau-Kenu Road, Customs spokesman in Kwara, Mr Chado Zakari, stated in a statement issued in Ilorin on Monday.

However, the smugglers laid ambush for the patrol team and rained gunshots on their vehicle as they were taking the impounded commodities away.

“The suspected smugglers laid ambush and shot sporadically at the patrol van conveying the smuggled goods to government’s warehouse.

“In the exchange of fire that ensued, one officer succumbed to the cold hands of death, while three officers sustained life threatening injuries and are currently responding to treatment.

“The deceased, an assistant superintendent, Mr Saheed Aweda has been buried according to Islamic rights in his home town, Popogbona in Ilorin West Local Government Area of Kwara.

“The Comptroller, Mr Olugboyega Peters, has visited the family of the deceased to commiserate with its members,’’ Zakari stated.

He added that Mr Peters had ordered full-scale investigation into the assault to fish out the culprits. (NAN)