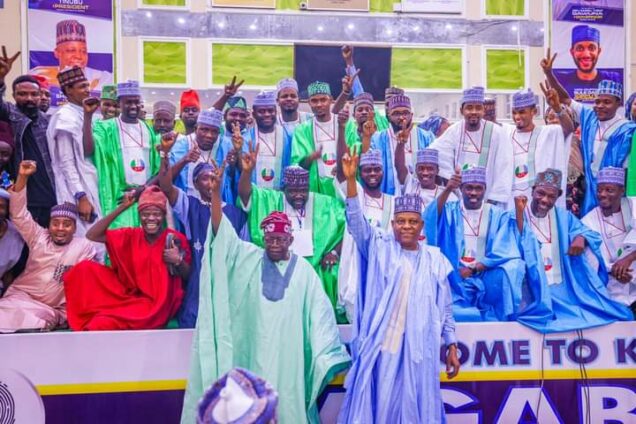 The presidential candidate of the All Progressives Congress, APC Asiwaju Bola Tinubu, his running mate Senator Kashim Shettima have met with top entertainers from Kannywood as well as all support groups of the party in Kano.

Governor of Plateau State Simon Bako Lalong and the Director General of the APC Presidential Campaign Council was also present at the meeting.

During the meeting with the Support Groups held at the Indoor Sports Complex Kofar Mata, Tinubu expressed his delight at the enthusiasm and support demonstrated by the support groups who mobilised in thousands to receive him and his delegation, Dr. Makut Simon Macham, Director of Press and Public Affairs to the Governor of Plateau State and DG, APC Presidential Campaign Council said in a statement.

Tinubu said his passion to serve Nigeria will change the lives of the people positively in all sectors as outlined in his manifesto recently unveiled entitled “Renewed Hope”.

Tinubu described the Support Groups as key to the victory of the APC at the polls and said he had no doubt that they will work assiduously to ensure that Kano delivers huge votes for the APC.

He thanked Governor Abdullahi Ganduje for planning the visit which he said represents a test of the campaigns that will soon kick off officially.

DG APC Presidential Campaign Council and Governor of Plateau State Simon Bako Lalong also elated with the huge turnout of supporters from all parts of Kano said the APC is clearly the party on ground in the largest voting State of the country which confirms its leadership in Nigerian politics.

He said with what Governor Ganduje and the support groups have demonstrated ahead of the official flag off of the Presidential Campaigns, APC will sweep the votes of Kano as well as other parts of the country.

He described the support groups as the foot soldiers of the APC who will be adequately mobilised and supported to take the message of hope and renewal of Nigeria by Bola Ahmed Tinubu to all the nooks and crannies of the State.

Governor Abdullahi Umar Ganduje said Kano is set to deliver the highest votes to Asiwaju Bola Ahmed Tinubu not only because it is an APC stronghold, but because of the passion they have for the candidate who is the most qualified.

He said Tinubu has the experience and track record of performance which is evident in Lagos, the commercial capital of the country.

When events shifted to the Coronation Hall at the Government House Kano, it was a gathering of top entertainers from the northern part of the country.

Under the umbrella of Kannywood, the film stars, musical artistes and other performers put up various presentations to affirm their support for the APC Presidential Candidate Asiwaju Bola Ahmed Tinubu.

Veteran film actor Sani Muazu and the Chairman Khalid Musa said Kannywood has chosen to go with Tinubu and Shettima and will therefore be available to participate in the campaigns throughout the Northern part of the country and elsewhere.

They requested that Kannywood be given a slot in the Presidential Campaign Council under the entertainers so as to enable them concentrate on the area they have dominance which will be more effective in the long run.

DG APC Presidential Campaign Council Governor Simon Bako Lalong who responded on behalf of Asiwaju Bola Ahmed Tinubu said the candidate has approved the request of Kannywood and will also ensure that they have a hub for their activities once elected into office.

He announced a donation of 50million naira to Kannywood and appreciated their show of love and support which was captured in the various performances they staged.

Governor Ganduje while thanking Kannywood for the night of glamour said the APC has done well in Kano which makes it an attractive brand that the highest artistes in the Northern region could identify with.

The Governor assured them that with Tinubu as President, Nigeria will witness tremendous progress and also usher in a new phase of progress for the entertainment industry in Nigeria and in particular the North. 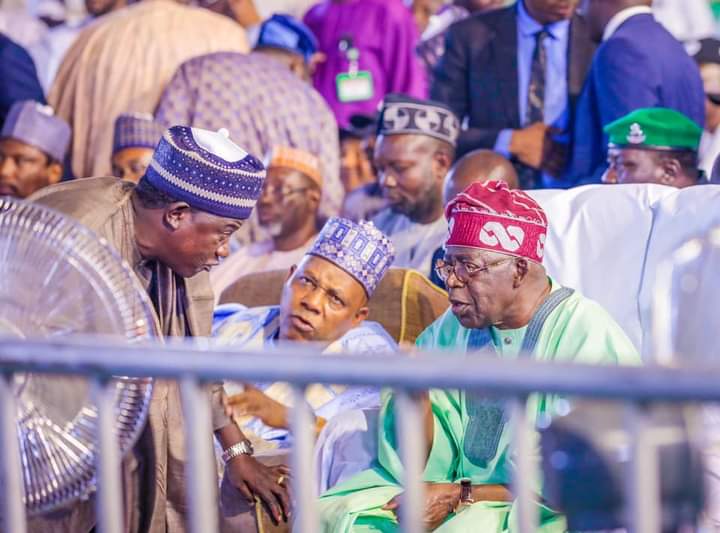 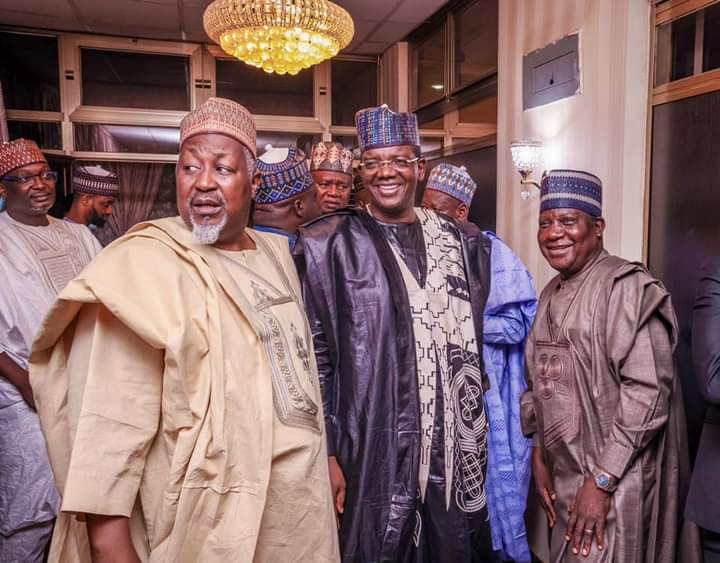