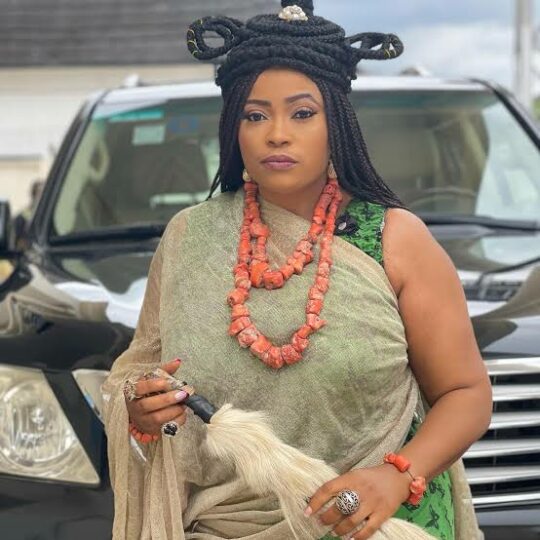 The Actors Guild of Nigeria (AGN) has suspended actress Nneoma Ukpabi, who is the Chairman of the Imo State chapter of the guild, over alleged fraud.

Emeka Rollas, the President of the Guild, confirmed this in a statement on Monday.

Ukpabi’s suspension comes after a lady revealed that she paid N400,000 to the accused as bribe for registration.

In light of the allegations, Rollas suspended Ukpabi indefinitely and ordered an immediate investigation.

He said, “A few hours ago, I got the report about how this lady was treated. I followed the matter up through the Delta State chairman to draw a conclusion that the boys were complicit with Nneoma on this matter.

“No new member or any human deserves to be treated in this manner. We have just suspended Nneoma Ukpabi indefinitely until she and her accomplices are brought to book and she clears herself before the National Disciplinary committee,” he wrote.