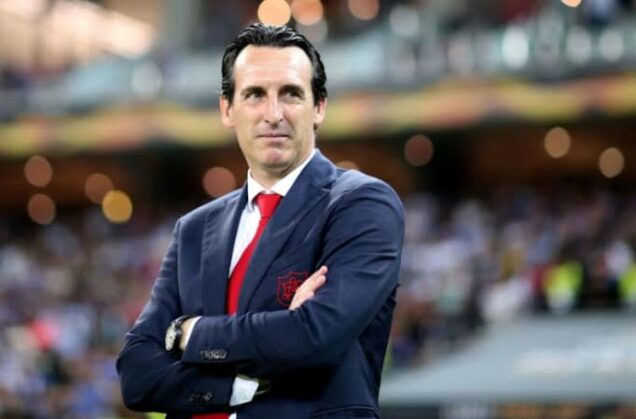 Aston Villa has confirmed the appointment of Unai Emery as the club’s new head coach, following the sacking of Steven Gerrard.

The former Arsenal manager returns to the English Premier League (EPL) after rebuilding his reputation with success at Villarreal.

He clinched Europa League glory in 2021 and reached the semi-finals of the UEFA Champions League last season.

Aston Villa, who stopped the rot with a 4-0 thrashing of Brentford on Sunday under first-team coach Aaron Danks, confirmed the Spaniard will take his position on Nov. 1.

He will therefore not be in the dugout for Saturday’s trip to face Newcastle United.

It means Emery’s first task will be back-to-back tests against Manchester United.

They will host Erik ten Hag’s side in the Premier League on Nov. 6 before travelling to Old Trafford four days later in the EFL Cup.

Emery will then lead Aston Villa into a Premier League clash with Brighton and Hove Albion, the final game before the season pauses for the 2022 FIFA World Cup in Qatar.

Aston Villa’s win against Brentford, they’re first in four Premier League matches, took the team to 15th in the table, three points above the relegation zone.