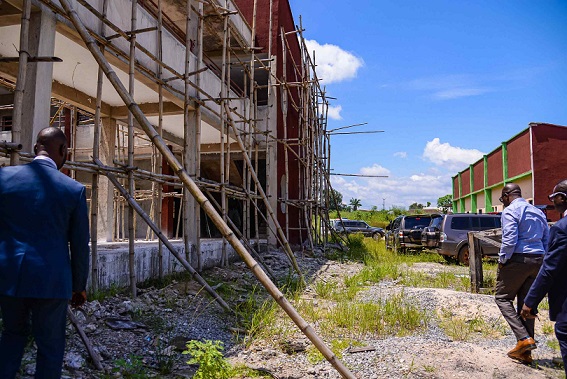 Edo State Governor, Mr. Godwin Obaseki, has lambasted the President Muhammadu Buhari-led government over the high spate of abandonment of federal projects in the State, describing it as irresponsible.

He noted that the federal government to continuously leave many projects unfinished deprives the people the opportunity to benefit from the projects.

Obaseki noted that the proposed project was supposed to improve the education sector and provide school children with top-of-the-range education.

He said: “This is an educational institution that is supposed to be used in training teachers to strengthen our educational system. This is supposed to have been completed but as usual when it comes to Federal Government projects, they don’t care. It’s just an irresponsible approach to development.”

Obaseki noted that there is no excuse for the project to be abandoned as funds have been made available for its completion.

“The Korean government gave a grant and this project was supposed to have been completed over a year ago. It has been abandoned as usual.

“I just pray that this country does not continue like this. This is absolutely irresponsible.”

The Governor further stated that the state is ready to take over and complete the project for the good of the people of the state.

Obaseki added, “At this stage, at some point in time, if it is not completed, the state will have to just take it over, complete and use it.”