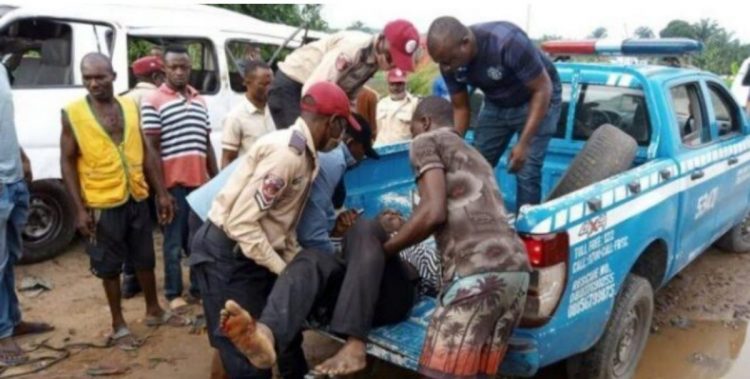 The Federal Road Safety Corps (FRSC) says 280 accidents and 78 deaths were recorded in various traffic accidents in Osun from January to September 2022.

The Sector Commander, Mr Paul Okpe made the disclosure during the flag-off of the ember months campaign on Thursday in Osogbo.

Okpe said 1,894 people were caught up in the traffic accidents involving 429 vehicles, which left 78 dead and 898 injured.

“Most of these accidents occurred on the Ibadan-Gbongan expressway, Ife and Iwaraja junction, Ipetu-Ijesa and Owena road.

“We shall continue to work with transport stakeholders, transport unions, traditional institutions and sister security agencies to reduce accidents on Osun roads,” the sector commander said.

According to him, the command has identified some black spots that are prone to accidents and has taken strategic measures to ensure the safety of road users.

He urged motorists to comply with road traffic regulations, warning that the command would not spare any traffic offender.

Mr U. Ojeamere, the FRSC Zonal Commanding Officer in charge of Osun, Oyo and Ekiti said the corps was collaborating with sister security agencies and key stakeholders to ensure safer roads.

According to him, all zebra and roadside clinics must be active, while the FRSC will enhance its response time to accidents.

“The toll-free call during an emergency is 122 and within three minutes you will see our men there,” he said.

The zonal commander said regular and special marshals had been deployed to cover all road corridors during the yuletide.