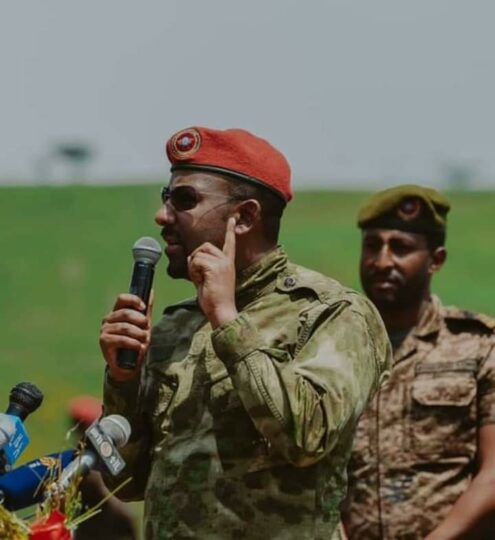 Organisations from Ethiopia’s Oromiya region have accused the army of conducting air strikes in the Oromiya region which they said had killed hundreds of civilians.

Government and army spokespersons did not respond on Thursday to requests for comment on the accusations made by the opposition Oromo Liberation Front (OLF) and outlawed armed splinter group, the Oromo Liberation Army (OLA).

Reuters also spoke to a civilian in Oromiya, which is located in western Ethiopia and surrounds the federal capital Addis Ababa, who said he witnessed an air raid on Sunday in which about 60 people including his uncle were killed.

Oromiya, home to Ethiopia’s largest ethnic group numbering over 40 million, has experienced unrest for many years, rooted in grievances about marginalisation and neglect by the federal government, which has at times cracked down on the region.

The violence there was separate from the two-year war between the federal government and regional forces in the northern region of Tigray, the subject of peace talks mediated by the African Union that started in South Africa on Tuesday.

In statements sent to Reuters by text message and email and in posts on Twitter, the OLF and the OLA listed locations in Oromiya where they said a series of deadly air strikes had taken place between Thursday and Tuesday.

“The combined civilian death toll stands in the hundreds,” said a statement that purported to come from the “OLF-OLA High Command”.

it said schools and other civilian targets had been hit. (Reuters/NAN)