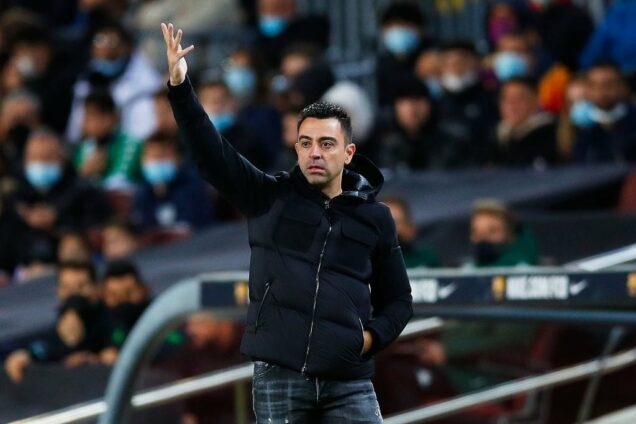 Xavi has been backed to enjoy a “remarkable” coaching career by former team-mate Andres Iniesta, despite Barcelona’s Champions League exit on Wednesday.

Barca trail Real Madrid by just three points at the top of LaLiga after winning nine of their first 11 games this season, but have received heavy criticism following another European failure.

Inter’s 4-0 win over Viktoria Plzen put Barca out of contention for a top-two finish in Group C on Wednesday, and the Blaugrana failed to salvage any pride in a subsequent 3-0 home defeat to Bayern Munich – their sixth consecutive Champions League loss to the Bavarians.

Iniesta, however, believes Xavi will recover from that setback, telling Corriere dello Sport it brings him “so much joy” to see his former midfield partner in the Camp Nou dugout.

“He is a friend and he will have a remarkable career,” Iniesta said. “He is prepared, he has studied and had Barcelona as his guide.”

Iniesta now captains Japanese side Vissel Kobe, and while the 38-year-old acknowledges his own career is drawing to a close, he is unsure whether he will follow Xavi into coaching.

“I know that when I have to quit, it won’t be a great day,” he added. “I will think back to when my dad used to take me to play, I will regret many things.

“Then I will also think about the future, I don’t know yet if I will be a coach or a sporting director. I still don’t have clear ideas.”

Iniesta and Xavi formed one of the most iconic midfield partnerships in football history, contributing to four Champions League triumphs between 2005-06 and 2014-15 during a golden age for Barca.

Young midfielders Pedri and Gavi have earned comparisons to that duo after emerging as key players in Xavi’s side, and Iniesta hopes they can replicate their achievements.

“They said to me that I resembled [Pep] Guardiola, then there was Xavi,” Iniesta said. “Now it is up to Pedri and Gavi. Football works in cycles.”