Napoli refuse to 'fly with the fantasy', dismiss links to Ronaldo 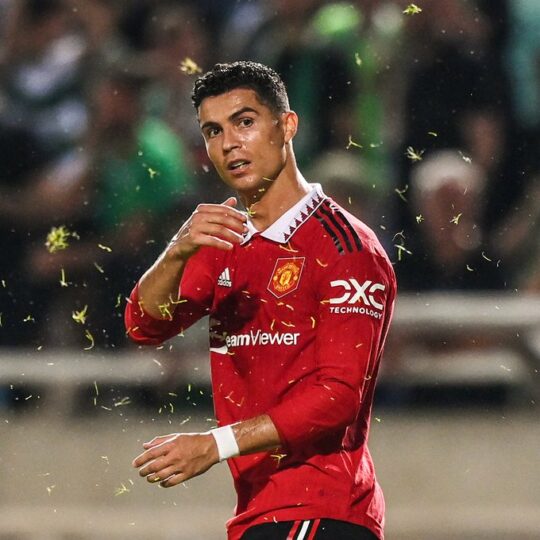 Napoli have dismissed the idea they could offer Cristiano Ronaldo refuge in January as the Italian Serie A leaders insist they “don’t have to fix anything.”

Sporting director Cristiano Giuntoli indicated the prospect of any major incomings or outgoings was remote, given Napoli are confident they have a strong group with the right balance.

He added that to “fly with the fantasy” would not be Napoli’s style this season, as they seek a first Scudetto since the 1989/1990 season.

That season included when Diego Maradona was at the club.

Ronaldo could leave Manchester United in mid-season if a deal can be found that suits all parties.

His refusal to play as a substitute and early exit from the stadium last week against Tottenham led to Manchester United briefly banishing him from first-team duties.

The 37-year-old has since returned to the squad and looked set to play some part on Thursday against Sheriff in the UEFA Europa League competition.

However, Ronaldo’s former team Sporting Lisbon have ruled out a move for the Portuguese.

Now Napoli, having been linked with Ronaldo in the last transfer window, are distancing themselves from a possible deal for the five-time Ballon d’Or winner.

Giuntoli said: “We are very far from the market. At the moment we are thinking only of everyday life, trying to improve continuously.”

Regarding Ronaldo, he said: “The January transfer market is one of repair and we don’t have to fix anything, so I really think we won’t do anything.”

That stance covers how Napoli are thinking regarding their exciting, young Georgian winger Khvicha Kvaratskhelia, as well as striker Victor Osimhen.

Both have admirers in the English Premier League (EPL), but Napoli are not minded to sell, at least for now.

Luciano Spalletti’s team head Serie A with 29 points from 11 games, and they have also won five out of five UEFA Champions League group games, beating Rangers 3-0 on Wednesday.

Giuntoli said: “Kvaratskhelia is doing well, like many others, and is absolutely non-transferable.”

According to Giuntoli, club president Aurelio De Laurentiis is firmly behind the football staff’s plans for shaping the team to deliver success.

“The president is very happy with what we are doing, and like all of us he keeps his feet on the ground,” Giuntoli said.

“Football is made up of balance, we must not fly with the fantasy. We are curious to discover our limits.

“Our prerogative has always been to make moves using our heads, both outgoing and incoming, and I think that, sometimes more, sometimes less, we have always managed to set up a competitive team.

“We do nothing without first having heard (from) the coach.”