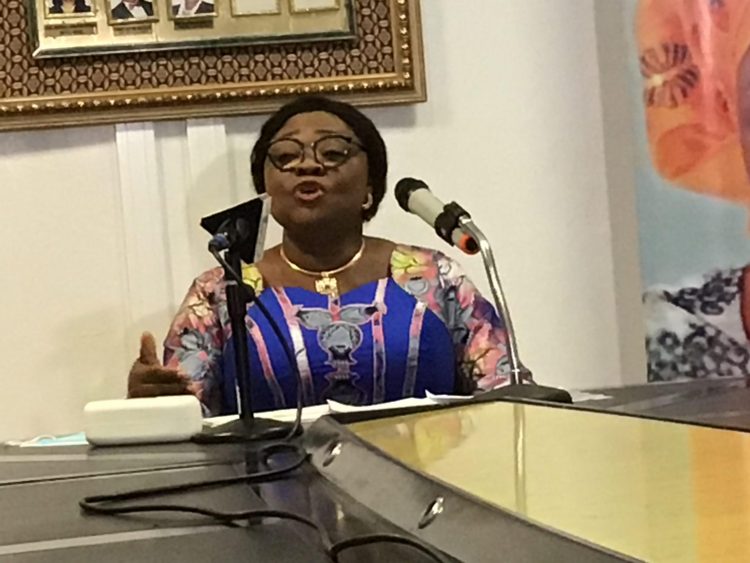 She said the state government has continued to undertake initiatives to overcome economic challenges occasioned by local and global factors.

It is a one-of-a-kind event scheduled to hold in Lagos on Thursday, November 24 to Sunday.

Akande said the fair is part of the initiatives to overcome the challenges.

Akande added that the well thought-out LI-BIZ- Fair, bore direct relevance to the clarion call of Governor Babajide Olusola Sanwo-Olu’s T.H.E.M.E.S Agenda of transforming and positioning the state for the 21st century economy.

She said the fair was designed to encourage the promotion of business and social enterprise among entrepreneurs – particularly the youths, create opportunities to identify comparative advantages present in Lagos Island and strengthen bottom up growth for continuous business interaction and socio-economic security.

The commissioner said that the event will also provide training opportunities for MSMEs in Business Education, Networking and Leadership qualities during the masterclass sessions.

The commissioner said the state is collaborating with the organisers because the Biz Fair aligns with the Federal Government’s Policy on diversification of the economy from the focus on oil to non-oil export.

Akande added: “We also consider the Fair quite important because while it focuses on all MSMEs in Lagos Island in particular and Lagos State/Nigeria in general, it is giving special attention to youth entrepreneurs.

“At various times, the Nigerian MSMEs, especially the youths, have been advised not to let lack of finance be an impediment to their ability to build successful businesses, create wealth and contribute their quota to the society.

“Even more important in the quest for self-realization are such other factors as skills training, continuous learning, being aware of their surroundings and what obtains globally in the business world, among others.”

Sanwo-Olu government has provided social economic empowerment and interventions in various ways for the MSMEs of which the state’s teeming youth form a major part.

Akande said that the present administration has also commenced a youth empowerment programme, under its Jobs Initiative Lagos (JIL), targeted at final year students and those in penultimate classes in higher institutions.

She assured that the Sanwo-Olu administration will continue to work towards implementing this initiative as a yearly programme/event.

The programme targets 8,000 entrepreneurs, who will undergo entrepreneurship and employability skills training programmes, the commissioner added.

According to the commissioner, the Job Initiative Lagos is aimed at preparing participants for immediate entry into the workforce as employees and employers of labour, by equipping them with the new market-aligned knowledge, soft skills, business tools, and a mind set re-orientation that will make them suitable and qualify for their chosen career in the technology-driven world of work.

According to her, the Lagos Island Business Fair falls into the category of other similar events in which the administration, through the Ministry of Commerce, Industry and Cooperatives, collaborated to ensure exposure of our MSMEs to the outside world.