'Why Atiku will be in United States for one week' 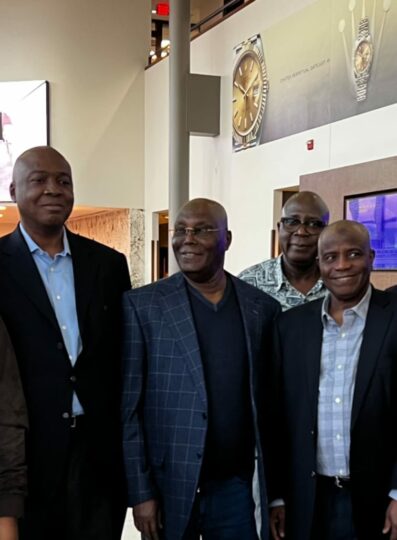 The presidential candidate of the Peoples Democratic Party (PDP) and former Vice President Atiku Abubakar will be in the U.S. for a week long engagement, his media aide, Paul Ibe said in a statement on Friday.

Ibe, in a statement on Friday, said Atiku who arrived in Washington DC, United States on a working visit on Thursday will during the visit, share his vision for Nigeria with U.S. business communities and young Nigerian professionals in North America.

Ibe added that the visit would afford Atiku the opportunity of high level engagements aimed at setting the pace for building an economically stronger and more secure Nigeria.

“Those in the official delegation included the Director-General of the PDP presidential campaign council and Governor of Sokoto State, Aminu Tambuwal; former Senate President, Bukola Saraki; former Governor of Imo, Emeka Ihedioha, as well as the Minority Leader of the House of Representatives, Ndudi Elumelu, among others,” he said. (NAN)