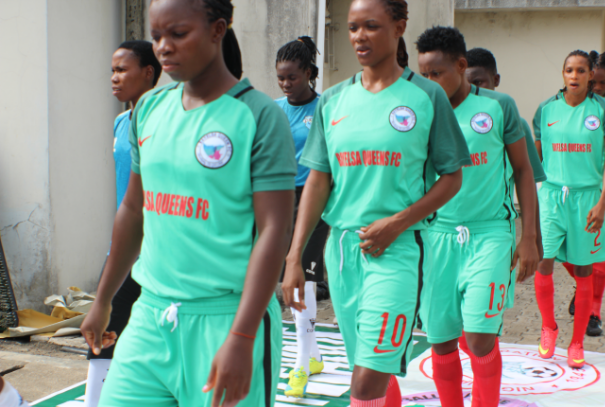 Domo Okara, technical adviser of Bayelsa Queens FC, on Saturday said his team would give more than a 100 per cent effort against Mamelodi Sundowns of South Africa on Monday.

Okara told the News Agency of Nigeria (NAN) the team were fully prepared for their opening match in the 2022 CAF Women’s Champions League which begins on Sunday in Morocco.

“We are fully prepared and that is why we arrived in Morocco seven days before the kick-off of the tournament.

”This is to enable us to acclimatise and familiarise ourselves with the food, weather and all that.

“We have also played a couple of friendly matches with club sides in Morrocco, to keep the girls fit and ready for the tournament,” he said.

Looking ahead to the Group B match against Mamelodi Sundowns on Monday, the coach said his players were in high spirits and ready.

“We are fully ready for the game, especially as the Bayelsa government has promised us a financial reward if we win this match.

“I have spoken with the players on the need to give their best, even up to 150 per cent effort if possible. We are hopeful about the outcome of the game,” Okara said.

The Yenagoa-based women’s football club side will face defending champions Mamelodi Sundowns on Monday at the Stade de Grande Marrakech.

The club’s second game is against TP Mazembe of the Democratic Republic of Congo, also in Marrakech, on Thursday.

They will round off their group stage campaign against Egypt’s Wadi Degla on Nov. 6.

A total of eight teams are participating in the second edition of the competition which begins on Sunday and will end on Nov. 13.