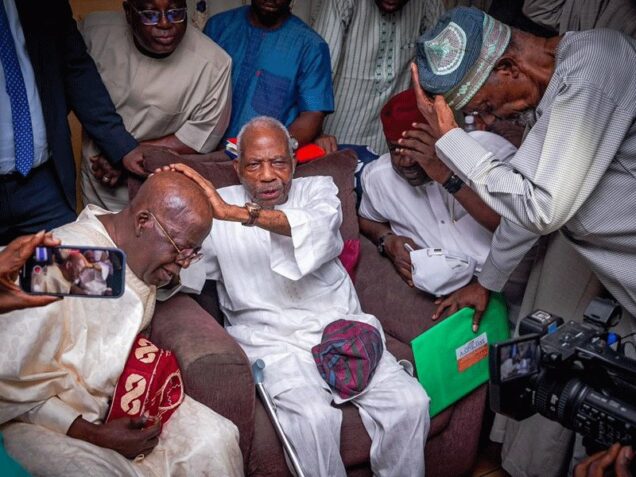 The APC’s Presidential candidate, Asiwaju Bola Tinubu was in Akure, Ondo State on Sunday to meet with Afenifere leader, Pa Reuben Fasoranti and others and present his agenda for Nigeria to them.

The APC’s presidential candidate paid homage to Pa Fasoranti, who prayed for him to succeed in his ambition to rule Nigeria.

As Tinubu landed in Akure, many of his supporters were seen chanting his name as he waved them.