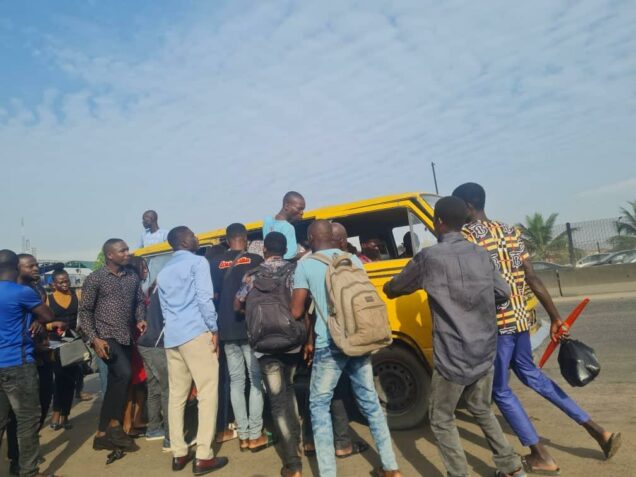 Lagos residents faced an increase in the costs of transport fares on Monday as some driver withdrew their services.

Along the Lagos-Badagry Expressway, a trip from First Gate bus stop to Orile, which used to go for ₦150, the minibusses drivers now charge ₦250.

It was also observed that a few commercial buses plying between Lagos and Ogun States via the Lagos-Ibadan Expressway now charge ₦800 for any bus stop from Berger Bus stop.

The scarcity of buses and price hike also resulted in stranded commuters.

The drivers under the aegis of the Joint Drivers Welfare Association Of Nigeria embarked on seven days strike to protest extortion by members of the Lagos State Parks and Garages Management Committee headed by MC Oluomo.