Lewandowski out of Barcelona's trip to Viktoria Plzen 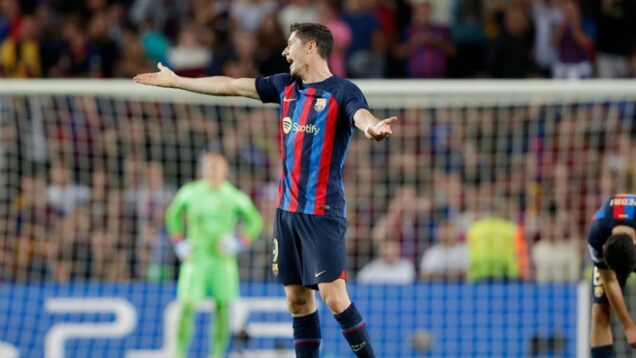 The striker scored the only goal of the game late in Saturday’s LaLiga clash at Valencia, but he will play no part in Barca’s last Champions League match of the season in the Czech Republic on Tuesday.

“The coach has decided to rest Robert Lewandowski as the striker has an issue with his back,” read a brief statement from the club on the Poland international’s absence.

The Blaugrana have only won one Champions League game this season, so they will be playing in the Europa League after Bayern Munich and Inter sealed places in the round of 16.

Lewandowski has scored 18 goals in 17 games for Barca following his move from Bayern Munich, finding the back of the net five times in as many Champions League matches.