Grass to Grace: How Omoni Oboli found her niche, became a Nollywood superstar 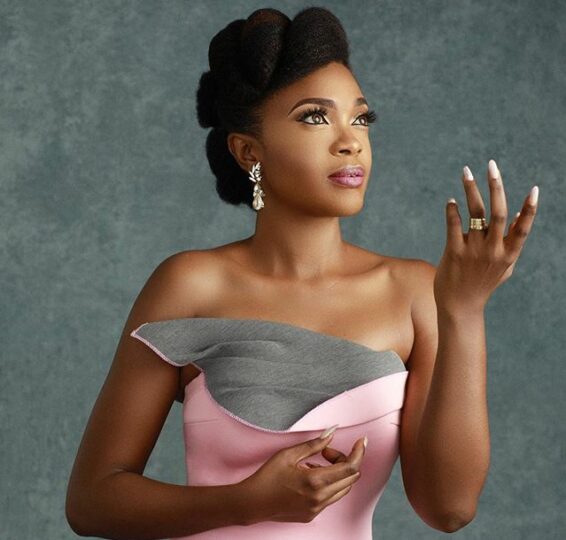 The title of Omoni Oboli’s memoir, ‘Stars Are Ageless,’ tells it all. Oboli is not just a Nollywood actress, she is a superstar and also ageless. At 44, married with three handsome boys, her star continues to shine; yet her trim figure, glowing skin and youthful looks belie her age.

Still, ever since Oboli debuted as an actress in Bitter Encounter in 1996, as a teenage French student at the University of Benin, not only has her star been shinning, her stardom has been ageless and sweet.

Ageless and sweet? Of course, Oboli ticks the two boxes with ease. Here is one of the most sought-after actresses in Nigeria who since her debut has appeared in several blockbuster movies. Here is an actress whose fans will not easily forget the incredible manner she interpreted her roles in “The Figurine”, a movie she directed and of which script she wrote, “Anchor Baby” and “The First Lady.”

And because of the effortless ease with which she wows her fans, it seems she has been on the scene for ages, what with her having succeeded not just as an actor but also as a scriptwriter, director and producer, winning numerous international awards that include the Award for Best Actress Narrative Feature at the Los Angeles Movie Awards in 2010, the Award for Best Actress at the Harlem International Film Festival, the Big Screen Actress of the Year award at the 2014 Eloy Awards.

The truth is, Oboli wasn’t born with a spoon at all, not to talk of a silver spoon. She achieved stardom not by chance but by sheer dint of hard work, by sheer determination to succeed, to break the generational curse of poverty, as she was once quoted as saying.

Her testimonies are legion. “I wasn’t born with a silver spoon! My earliest memories were in a face me I face you home; raised by a single mom.

“We always had more months left at the end of the money every single month. My mum had multiple hustles in addition to her teaching job just to make ends meet!

“I never visited the airport not to talk of traveling outside Nigeria as a kid,” Oboli once said.

Mathew, her polygamist father, abandoned her, her mother and elder sister when she was a kid in order to pursue his studies at the University of Calabar and was raised by a single mum (who was then a teacher) and had to follow her to school, even at preschool age.

In an Instagram post, Oboli once recounted her past experiences with poverty, while advising a lady who was fond of online begging to strive for financial independence.

She revealed that she once sold second-hand clothes, cook commercially, and braid hair while heavily pregnant in a bid to make ends meet.

“Forget packaging o, I have sold okrika (second-hand clothes) in this Lagos. I also used to cook from my house, pack up the food and take to different offices to sell as lunch. I cooked for occasions all by myself even with 9 months pregnancy.

“I used to stand for hours pregnant with swollen feet to weave and braid hair for money,” she reminisced.

Fate too also had a hand in shaping and preparing her for the challenges ahead. Since her mother happened to be a teacher at Delta Steel Complex Primary School 3 in Ovwian-Aladja, she had access to so privileges meant for the well-heeled in society, in spite of her humble beginnings.

“My mum was at that time working at Delta Steel Company. She was a teacher so it’s not as if she had money but then we had access to some things. We had the best schools and the best hospitals. We were in those guest houses with swimming pools. Even though we didn’t have money at all I was exposed to certain things.

“My school had a great library so I developed reading habits. I didn’t travel out of the country until I was an adult. I wasn’t born with a silver spoon but I had a lot of privileges because of where my mum worked,” she said.

Still, the question remains: If Oboli had humble beginnings, where and how did she find her niche and became a successful actor? The fascinating thing about Oboli’s success story is that her career as an actor is uncannily linked with her marriage.

She met her husband Nnamdi at 17 (and he was 25) for the first time in 1996 in a movie location though they were not smitten with each other at first sight. However, they met four years later in 2000 and Nnamdi asked her out. They dated for two weeks and he later asked for her hand in marriage. She accepted his proposal and they got married that same year. The rest, as they say, is history.

Yet the early part of their union was not a ride in the park; it was one fraught with many challenges so much so that Oboli, who doesn’t considers divorce an option, thought of calling it quits at the time. At a point, she told her husband: “You deceived me. I don’t want again. I’m not doing again. I’m tired. I don’t want to marry again.”

Why did she want to throw in the towel in life’s battle front? The reason is not far-fetched. The couple had no home and had to stay with Nnamdi’s friend in Yaba. At the time, Nnamdi was working in Victoria Island while Oboli was on her one-year national service as a sales person at Numero Uno, an Italian furniture company less than two minutes from her husband’s workplace.

They saved some money that enabled them move into a three-bedroom flat at Agbado Ijaiye in the outskirts of Lagos. They were always broke. And Omoni “started selling second-hand clothes, popularly known as an okrika. That business entailed husband and wife leaving Agbado Ijaiye to Yaba, riding in the Peugeot 504 car Nnamdi’s father had given him as early as 5a.m to select the best wears when the bales were opened.

Things were so bad the family had to move to the United Kingdom in 2003, five months after the death of her mother on 20 August 2002. But when the couple returned in 1996, she realized to her chagrin that the Nollywood she had embraced in 1996 had moved on and left her behind.

Oboli then got a competitive N500,000 job offer in Total Nigeria which she turned down. The eye glasses her husband had collected on credit to sell got stolen. Things were indeed hard until Filmmaker Lancelot Imasuen, who had directed a movie in which Omoni had starred as a teenager, encouraged her to get back to acting. She got introduced to the producer Emem Isong, and starred in Kunle Afolayan’s The Figurine in 2009.

She broke bold ground starring in Anchor Baby shot in Canada. After doing a short course in Digital Filmmaking in 2010 at New York Film Academy, Omoni and her husband set up the film production company, Dioni Visions.

A salient secret to Oboli’s success as an actress is her resilience, her never-say-die spirit, her determination to succeed, her intentionality, her desire to break new grounds, chart new territories and enlarge her coast. Little wonder she has succeeded as an actress, a screen writer, a director, and producer. She is indeed never intimidated by hard work.

“Someone said I’m already made so why work so hard? I say I’m working to leave a legacy for my kids and other young people especially of African descent. If a girl like me who wasn’t born with a silver spoon can succeed globally, everyone can! We are not here to look pretty,” Oboli once said, responding to netizens who had told her to stop working hard because she was already popular globally.

Oboli’s grace-to grass story is indeed fodder for motivational speakers. Little wonder she uses her story to motivate the youths at every slight opportunity and challenge them to better their lives. She tells her fans that if she can get to where she is today, they too can.

“If I can get to where I am today, you CAN! Truth is I’m just getting started! You don’t have to like me but I will motivate you to succeed,” she once said, adding “Life is one percent what happens to you and 99 percent what you do about it.”

And, indeed, in spite of what had happened to her, in spite of all what she went through, raised by a single mum after her father abandoned them and the subsequent challenges she faced in the early stages of her marriage, she turned her life around. She became a star that she is and ageless, as the title of her memoir, The Stars Are Ageless tells us “Yes you too can,” she keeps repeating her mantra silently, inspiring us all with her story.