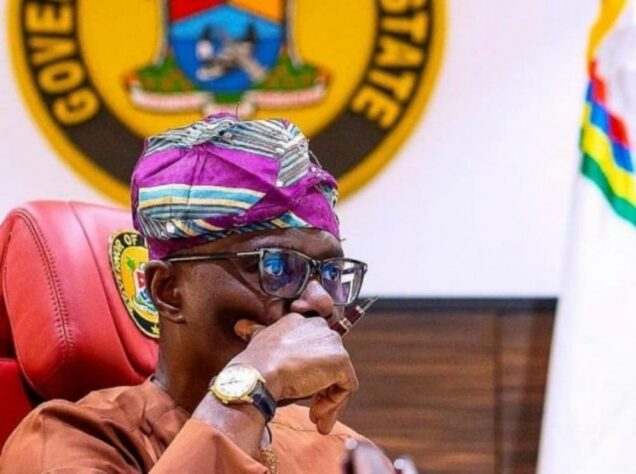 Lagos State Governor has expressed his deepest condolence to singer Davido and his fiancée, Chioma over the death of the three-year.

Ifeanyi drowned in the swimming pool in the Banana Island residence of the artiste this evening. He was said to be under water for a very long time before being spotted.

He was rushed to Evercare Hospital, but confirmed dead on arrival.

Reports said the boy drowned a few days after his third birthday on October 20.

Reacting to this development, Sanwo-Olu said death leaves a heartache no words could heal.

“And today, I express my deepest condolences to David and Chioma, over the death of their beloved son.

“Ifeanyi was undoubtedly loved by his parents and family. I pray that the good Lord grants them strength as you go through this difficult period.

“My thoughts and prayers are with you,’ he wrote on his twitter page.

At least nine domestic staff in Davido’s house, including Ifeanyi’s nanny and cook, have been picked for questioning by the police in connection with his sudden death.

According to reports, Ifeanyi was left with his minders at home as both parents had to attend an event. Unfortunately, the little boy drowned.