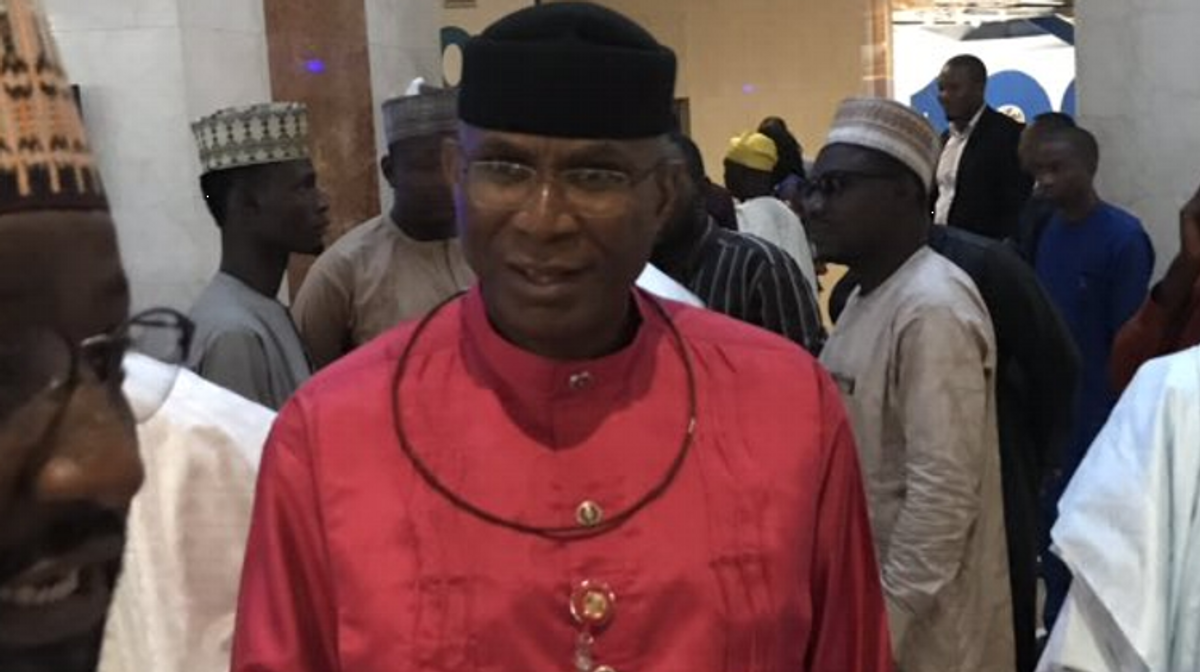 Deputy Senate President Ovie Omo-Agege has said that enthroning Asiwaju Bola Tinubu as Nigeria’s president in 2023 would help address the problem of marginalisation of the Itsekiri nation.

Omo-Agege who is the Delta governorship candidate of All Progressives Congress (APC) also urged the Itsekiri nation to vote for the party at all levels in 2023 general election.

Omo-Agege said this when he visited Chief Ayiri Emami at his residence in Ubeji in Warri South Local Government Area of the state.

He said that voting for APC would end the marginalisation of oil producing ethnic nationalities in the state.

Addressing supporters, Omo-Agege, also deputy senate president, said that the Itsekiri nation has not benefitted much from the 13 per cent oil derivation accruing to the state for contributing to the nation’s economy.

“This election is the one that will change course of politics in Delta.

“For some of us; we believe that enough is enough; we need to reverse the trend and doing so; we need people who believe that there is something wrong.

“Some of us believe that the status quo is not good for the well-being of the Itsekiri nation.

“That is why we are leading the change and we believe that all well-meaning Itsekiri people will join us in this effort to change the narrative,” he said.

“With the experience I have gained serving at national level especially in the senate, the president, no matter how powerful needs the support of the National Assembly.

“My appeal is that you support Tinubu as president, Omo-Agege as governor, our senator, members House of Representatives and House of Assembly,” he said.

The lawmaker said that as a senator representing Delta Central at the National Assembly, he had impacted positively on all communities in his senatorial district.

He attributed the feat to his cordially relationship with President Muhammadu Buhari and the presidency and expressed hope that such would replicate itself in 2023 with the emergence of Tinubu as president.

The senator said that he had met with the Olu of Warri, Ogiame Atuwatse 111 and made a commitment that he would consult with the Itsekiri people before taken decisions that would impact on their wellbeing.

“The position I have taken is that I need the support of the Itsekiri to emerge as Delta governor. The commitment I made to the king, going forward is that I will move out of my comfort zone and do the extraordinary.

Responding, Emami said that the Asiwaju’s project was an Itsekiri project.

Emami assured that whatever votes accruing to Tinubu as president would also accrue to Omo-Agege as governor and other candidates of the party.

“Asiwaju’s project is our project; he is an Itsekiri by marriage. Tinubu going for presidency, I do not think any Itsekiri will vote against him.

“It is a project every Itsekiri will support. I can say categorically that Itsekiris will vote for Asiwaju.

“Itsekiri and Urhobo are brothers and sisters, so whatever goes to Asiwaju will equally go to Omo-Agege as governor and other candidates,” he said. (NAN)(www.nannews.ng)