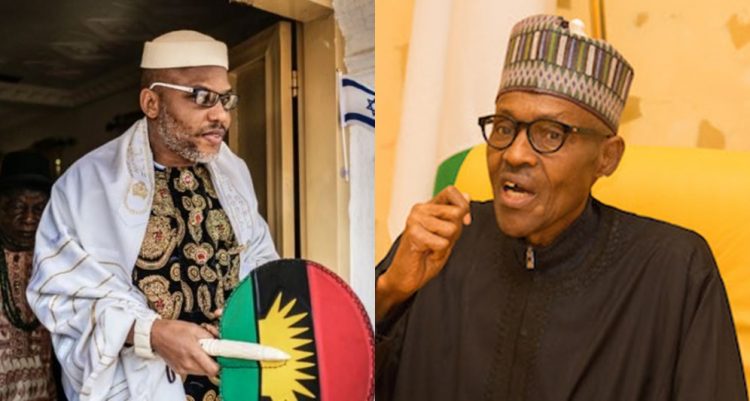 According to the group, Amaechi had until his last breath, begged for the release of Mazi Nnamdi Kanu, the leader of the Indigenous People of Biafra (IPOB).

This is contained in a statement issued by Mazi Okechukwu Isiguzoro, the Secretary-General of Ohanaeze Ndigbo Worldwide, on Wednesday.

“President Buhari has the exceptional opportunity to rewrite history and Buhari’s best tribute to the late elder statesman should be the Presidential pardon and release of the IPOB leader, Nnamdi Kanu from custody. We believe that Kanu will honour the bargaining agreement of Mbazulike Amaechi.

“Ohanaeze Ndigbo received the news of the death of Pa Mbazulike Amaechi as a rude shock but we are consoled that he has paid his dues to Africa and Nigeria in particular.

“It was Mbazulike Amaechi that protected former South African President, Nelson Mandela, in his countryside in Anambra when Mandela’s life was in danger in the 80s.

“He has been at the forefront of intervention for Africans who are in danger over genuine causes and legitimate reasons.

“Southeast Governors should take over the burial arrangements of the late Pa Mbazulike Amaechi, as Ndigbo will observe four market days of mourning starting tomorrow 2nd November 2022 in line with the established Igbo traditional rights to mourn outstanding men and women”, he concluded.