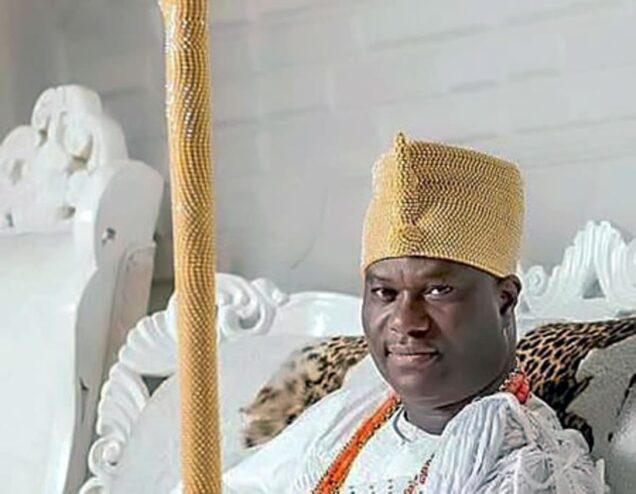 The Ooni of Ife, Oba Adeyeye Ogunwusi, Ojaja 11, has empowered more than 300 fashion designers in Ife and its environs as part of his 11-point agenda to help the less privileged.

Speaking at the graduation ceremony of Ojaja Fashion Training Institute, on Tuesday at the Ooni’s Palace, the royal father said that he was highly impressed with the activities of the institute.

He praised Queen Temitope Ogunwusi for partnering with him in training the less privileged in skill acquisition.

The royal father acknowledged the good job the Coordinator of Ojaja Fashion Training Initiative and Ojaja Vocational Training School, Mr Samuel Adeyanju was doing and in particular for moulding the graduands to be for self-reliant.

Oba Ogunwusi said that he was always energised when assisting the needy to have a brighter future.

In her speech, Queen Temitope applauded the Ooni for being a responsive royal father who wanted everybody to make it in life.

She said that the Oba believed that nothing was impossible to achieve and so was always willing to assist the downtrodden to succeed in both academic and non-academic issues.

“If anybody wants to attribute anything to the Ooni, it is his humanitarian service, for he loves all and believes that all fingers are not equal,“ she said.

She urged other philanthropists to help by emulating the Ooni, pointing out that on Judgment Day everyone would give account of himself.

The Coordinator of Ojaja Philanthropist Initiative, Mr Samuel Adeyanju, praised the Ooni for providing a voice for the voiceless.

Adeyanju urged the beneficiaries to utilise the opportunity given to them to improve their lives and ensure they assisted other less privileged individuals.

He noted that training the youths in skill acquisition would reduce the level of criminality in the society, citing the adage `an idle hand is the devil’s workshop’.

A parent, Chief Mosediq Akanni, who spoke on behalf of others, lauded the Ooni for deeming it fit to train their children and giving them sewing machines at the end of the training.

Akanni urged other well meaning Nigerians to emulate the royal father by assisting the needy, pointing out that that government alone could not do it.

One of the graduands, Opeyemi Titilayo, who spoke to newsmen, commended the Oba for training them for a year, free of charge, and for empowering them to stand on their own.

“We all appreciate the efforts of our royal father for turning our lives for the better and giving us hope in the future.

“We promised that we would not abuse the privilege given to us and we too will reciprocate this gesture by helping the needy in the future,” she promised. (NAN)