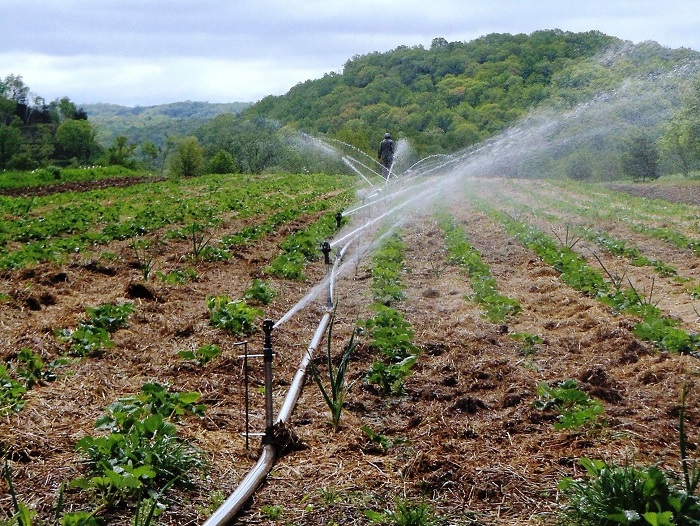 The Federal Government has handed over the 228 hectares Gari Irrigation Project to farmers in Jigawa and Kano States.

This was confirmed in a statement by Mrs. Oyeronke Oluniyi, the Director of the Irrigation and Drainage department of the Ministry of Water Resources.

“The handover was done by Mrs. Oyeronke Oluniyi, the Director, Irrigation, and Drainage, Ministry of Water Resources, on behalf of the Minister, Mr Suleiman Adamu.

She said the project was part of the government’s food security and job creation efforts.

Oluniyi said that the irrigation project, delivered to the farmers in parts was in its sixth phase, following the government’s decision to complete all projects for maximum benefits.

She said the ministry, through its mandate in irrigated agriculture, had aligned with the present administration’s vision to diversify the nation’s economy and lift as many people out of poverty before 2030.

She said the ministry had engaged the services of an Interface Consultant to establish and strengthen Water Users Associations (WUAs), for effective operation and maintenance of the irrigation system.

According to her, farmers’ associations and the River Basin Development Authority are being trained on effective irrigation systems and modern agricultural best practices.

“The concept of the interface consultancy is to promote Participatory Irrigation Management (PIM) by empowering the farmer’s community around the project.

“It is also for the farmers to assume responsibility for ownership of the irrigation and drainage systems around their farm plots, including financial and administrative accountability among others,’’ she said.

Oluniyi lauded the contribution of the Hadejia Jama’are River Basin Development Authority toward achieving the management transfer process from Government-controlled to farmer-managed.

The director, however, urged the RBDAs to ensure that farmers and their associations took their new responsibilities with a steady grip, by ensuring that canals, drains, roads, and culverts work effectively.

The high point of the event was the handing over and signing of relevant documents for the project transfer.

She said that women and youths were mostly involved directly or indirectly in the use of water in homes for domestic purposes such as cooking, bathing, and washing.

“Women and Youths also get engaged in irrigated agriculture either for commercial or subsistence purposes.

“It is now an established fact, that a well-structured Water User Association promotes a sustainable and better managed irrigated agriculture.

“ The quality of water used for irrigation is essential for the yield and quantity of crops, maintenance of soil productivity, and protection of the environment.

“Also, of great relevance is to human health as regards the consumption of some food items eaten directly or mildly cooked,’’ she said.

She called on women and the youth to lead in promoting the attainment of good quality water in canals and reservoirs for safe crop production through irrigation.