Obaseki mourns, as Edo monarch passes on after 32- year reign 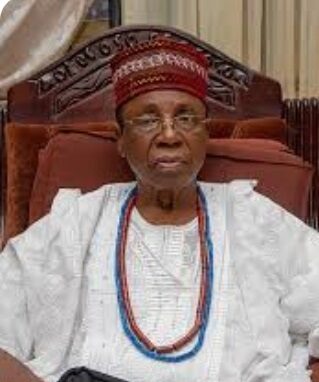 The paramount ruler of Ososo, in Edo state, Olososo of Ososo, Oba Anselm Adeloro Obaitan, (Ichama II), has passed on after a 32 years reign on the throne of his forefathers.

Ososo is one of the three major towns in Akoko Edo local government area, in Edo North senatorial district of Edo state, and shares boundary with Kogi state.

The Monarch who ascended the throne in 1986, was father of the incumbent Commissioner for Arts and Culture, Prince Bamidele Obaitan.

A former Commissioner for art and culture during the administration of former Governor Adams Oshiomhole, Princess Anne Jemitola, is also related to the late King.

Meanwhile, the State Governor, Mr. Godwin Obaseki, has commiserated with the immediate family members of the deceased and the entire people of Ososo.

Obaseki, in a statement Thursday evening, said the Monarch’s reign united the people of Ososo, bringing lasting peace and development to the community and the state.

The statement reads: “It is with sadness and great grief that I received the news of the passing of the Olososo of Ososo, Oba Anselm Adeloro Obaitan, Ichama II, JP, a committed bridge builder and royalty per excellence.

“His royal highness was a distinguished traditional ruler who dedicated his 32 years reign to building a united community and advancing causes to better the lives of his people, contributing immensely to the growth and development of the state.

“A committed family man and loving royal father, Oba Anselm Obaitan lived a life of service to humanity and the upliftment of others, endearing him to his subjects and everyone that came in contact with him. He will be sorely missed for his wise royal counsel, fatherly guidance and advice.”

“On behalf of the government and good people of Edo State, I commiserate with the Commissioner of Arts and Culture, Prince Bamidele Obaitan, the entire Obaitan family, the people of Ososo as well as friends and associates of the late monarch and pray that God grants all the fortitude to bear the irreparable loss.”