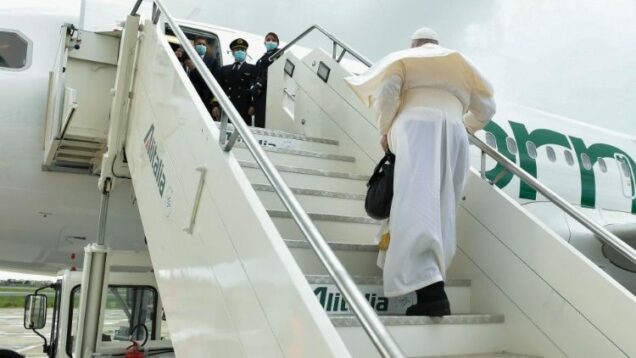 Pope Francis will begin a four-day trip to Bahrain on Thursday, his second official visit to the Gulf following his journey to the UAE in 2019.

The visit has sparked calls from the country’s majority Shia opposition and human rights activists for the pontiff to raise human rights concerns in the small island nation.

The island off the coast of Saudi Arabia is ruled by a Sunni monarchy that violently quashed the 2011 Arab Spring protests there with the aid of allies Saudi Arabia and the United Arab Emirates.

In the years since, Bahrain has imprisoned Shia activists, deported others, stripped hundreds of their citizenship, banned the largest Shia opposition group and closed down its leading independent newspaper.

Francis is making the visit to participate in a government-sponsored conference on East-West dialogue and to minister to Bahrain’s tiny Catholic community, part of his effort to pursue dialogue with the Muslim world.