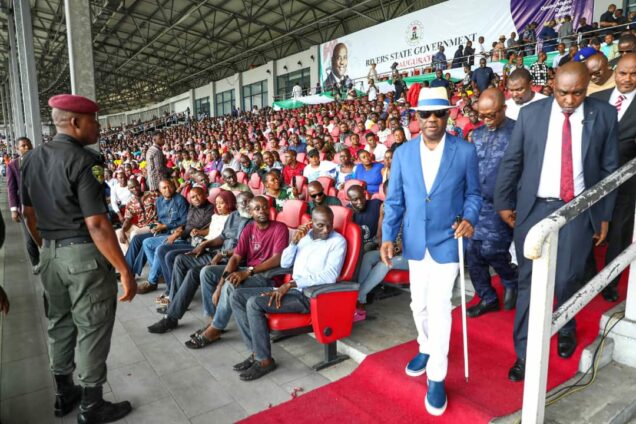 Wike at the event

Those inaugurated by the governor at the Adokiye Amiesimaka Stadium, Omagwa in Ikwerre Local Government Area of the State on Thursday were from the Rivers West and Rivers South-East senatorial districts of the State. 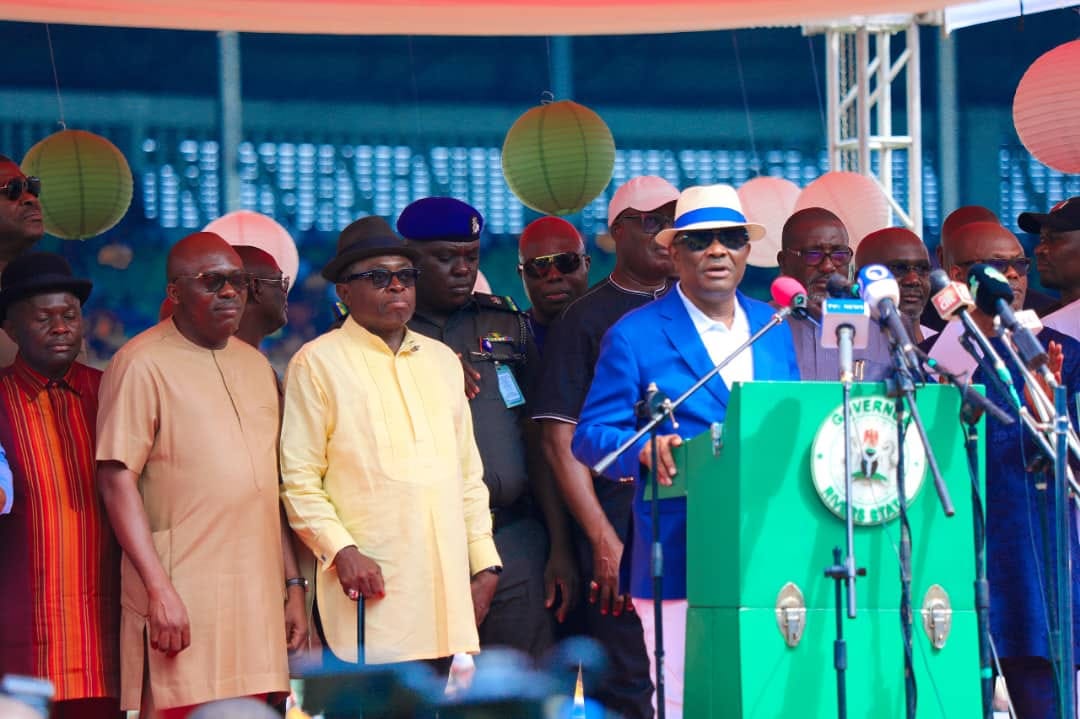 Governor Wike, who spelt out their duties to them, also congratulated them for making the list to serve as aides to the governor of one of the most prestigious States in the federation.

He told them to work among their people and hear from them what views they hold about his administration.

They are also to understand the feelings of the people in their political units concerning the programmes and policies of his administration.

According to the governor, as Special Assistants, they are to collate those impressions and pass them on as feedback through the 319 Ward and 32 Constituency Liaison Officers recently appointed, who will eventually transmit the same to his office.

“Now your own is the most important because it is you that hear directly from the people. It is you that knows the feelings of the people about us. It is you that will come and tell us, look, this is what my people are saying.”
Governor Wike emphasised that they are the ones who will determine the decision and direction that the State and the party will take politically in the days ahead.

“This is a political period, hear from the people. What are they saying? So, you’ll be able to advise the governor, so I will know what decision to take. It is you who will determine what decision the people of Rivers State will take at the end of the day.”