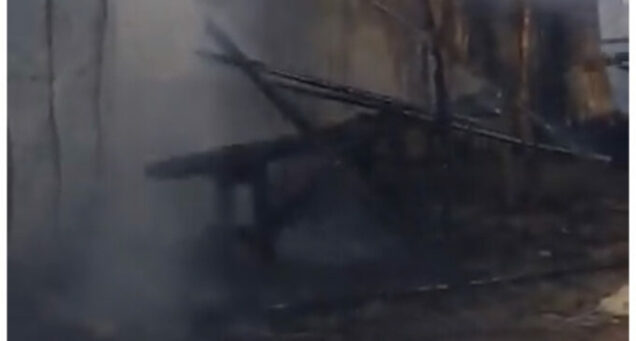 A fire outbreak at an internally displaced persons (IDP) camp in Mafa LGA of Borno has left hundreds homeless.

According to Zagazola Makama, a publication focused on the Lake Chad region, the fire broke out on Saturday after 4:30 pm.

In the video released by the publication, some IDPs were seen trying to put out the fire to save the little that had been left.

Women and children were also seen scampering around for safety.

Kamiludeen Sani, the Borno police spokesperson, is yet to respond to calls and messages.

See the video below;