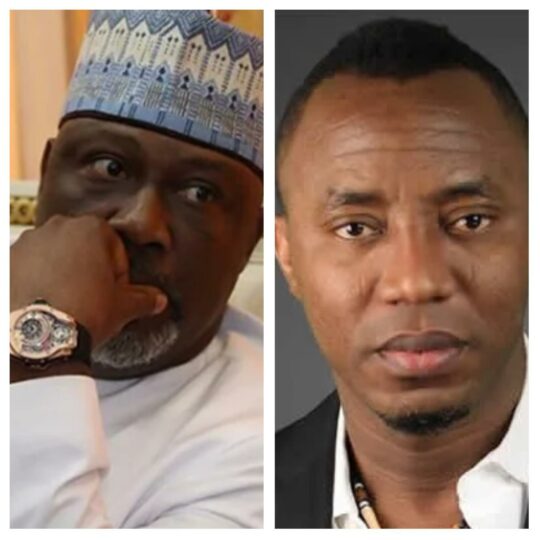 The presidential candidate of the African Action Congress, Omoyele Sowore, mocked Dino Melaye after the spokesperson for the presidential campaign of the PDP made a cash donation to a foundation.

Sowore, who was at the event, linked the donation to the announced redesign of Naira notes.

The incident happened during the memorial service/evening of tributes for late human rights activist, Ariyo Dare-Atoye, on Saturday.

Melaye, at the event, made a pledge of N500, 000 annually to an education fund for the deceased’s children and paid the first donation with cash.

Making the pledge, Melaye said, “They told me that there is a plan for a foundation, education foundation for the children, I am so impressed about that and I am making a pledge that I will give an annual donation of N500, 000 for that foundation and I brought the first part of it, N500, 000.”

Reacting to Melaye’s donation, Sowore, who took the podium next said,

“You can already see the effect of the Central Bank’s re-designation (sic), politicians are carrying cash. Let me say this, this is the political season and I am not here for politics.”