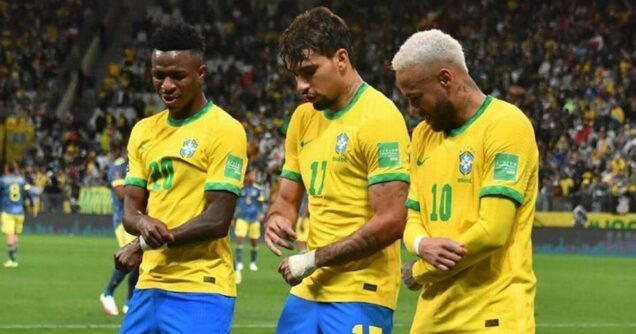 The Brazilian national football team named their 26-man squad for the World Cup in Qatar on Monday leaving out Liverpool’s star, Roberto Firmino out of the team.

The squad also has Antony, who plies his trade for Manchester United, Pedro, who plays for Flamengo in Brazil, while Barcelona forward, Raphinha also made the team.

The Brazilian forward line-up is one of the deadliest attacking force right now in the world.

Liverpool’s goalkeeper, Alisson and that of Manchester United and Weverton, playing for Palmeiras made up the three keepers in the squad.

The midfield has Bruno Guimaraes, who plays for Newcastle; Casemiro for Manchester United; Everton Ribeiro from Flamengo; Fabinho from Liverpool; Fred from Manchester United and Lucas Paqueta from West Ham.