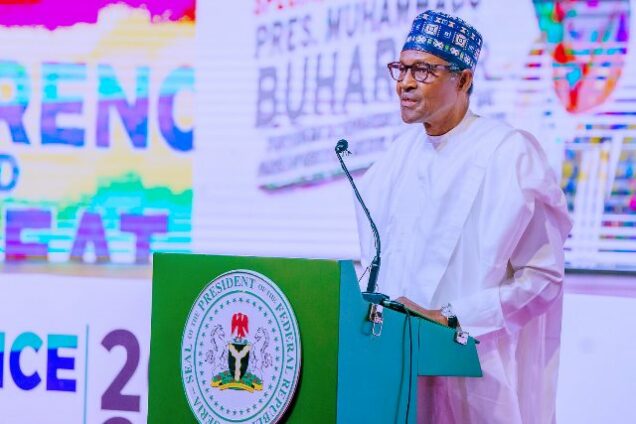 The Federal Government said the campaign by the PDP and some Nigerians that President Muhammadu Buhari’s administration has nothing to campaign with, in the run-up to the 2023 general elections, is absurd.

The Minister of Information and Culture, Alhaji Lai Mohammed, stated this on Monday in Abuja at the second edition of the ”PMB Administration Scorecard 2015-2023″, which featured the Minister of Transportation, Mr. Muazu Sambo.

Mohammed particularly condemned the opposition Peoples Democratic Party (PDP) for engaging in a deliberate campaign of calumny and falsehood on the achievements of the Buhari administration.

“It is a cruel irony that the party that presided over the affairs of this great country in a time of plenty but could not complete a single modern rail line, is the one accusing an administration that has completed at least three standard gauge rail lines of lacking in achievements.

“We have a lot of achievements to highlight and campaign with. Indeed, the administration is spoilt for choice because of the sheer number of achievements,” he said.

Listing some of the achievements of the administration, the minister said they have completed the Abuja-Kaduna, Lagos-Ibadan and Itakpe-Warri Standard Gauge Rail-lines.

He said the administration inaugurated brand new airport terminals in Abuja, Lagos, and Port Harcourt and had completed housing projects in 35 states.

“We have constructed or are constructing road projects in every state and we have the Anchor Borrowers’ Programme that has almost weaned us from dependence on imported rice and other crops.
“We met 15 standard rice mills and now we have over 50.
“We have our unprecedented National Social Investment Programme under which 9.8 million school children are fed one meal daily, under which 1 million youths have been empowered.
“Another 500,000 who are undergoing trainings under the N-Power and the 1,632,480 households that have been enrolled in the Conditional Cash Transfer Programme.

“We are proud of the Integrated National Security and Waterways Protection Infrastructure (also known as Deep Blue Asset), aimed at managing, controlling and protecting Nigerian waterways towards the advancement of coastal prosperity,” he said.

Mohammed said the PDP was quick in pointing to some economic indices like the Naira exchange rate and inflation to cast aspersion on the government.

He said the opposition could have done worse if it was to be confronted with the challenges like COVID-19 pandemic and economic recessions.

“The truth is that if they were the ones confronted with having to fight a once-in-a-century pandemic, two economic recessions, and low oil prices, Nigeria would have had no economy to even talk about!” he said.

The minister said in showcasing the achievements of the administration, they had scheduled Ministers to come and give accounts of what they had done in the past seven years.