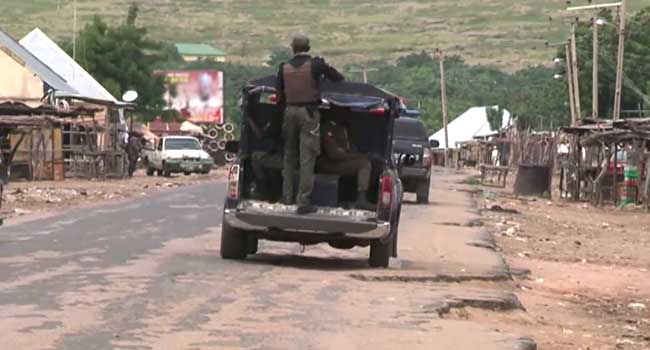 At least 30 suspects were arrested on Monday night in some brothels and and an area popularly known as ‘cultism lane’ along Azikiwe street, Mile 2 Diobu, Port Harcourt Rivers State in a joint operation by police and military.

The Police team drawn from Octopus Strike Force department, soldiers and members of vigilance group carried out the raid following recent clash between suspected members of Junior Vikings (JVC) and Deygbam cult groups, it was learnt.

The cultists had allegedly engaged themselves in gun battle around Ikoku flyover axis of Ikwerre road over the issues of supremacy and territorial control.

The rampaging hoodlums injured many people in the area and robbed residents.

Our reporter could not independently verify if there were any casualty as at Monday night, but saw many persons injured as a result of the clash.

Our source disclosed that security personnel acting on credible and actionable intelligence swooped on the hideouts of the fleeing suspected cultists including brothels and ‘cultism lane’ off Azikiwe street later.

Over twenty patrol vans and three buses used in conveying the arrested suspects were sighted at the scene.

Recall that penultimate Saturday a combined team of Navy, Nigeria Security and Civil Defence Corps (NSCDC) and National Agency for the Prohibition of Trafficking in Persons (NAPTIP) raided brothels along Azikiwe where fifty underage girls forced into prostitution were rescued.