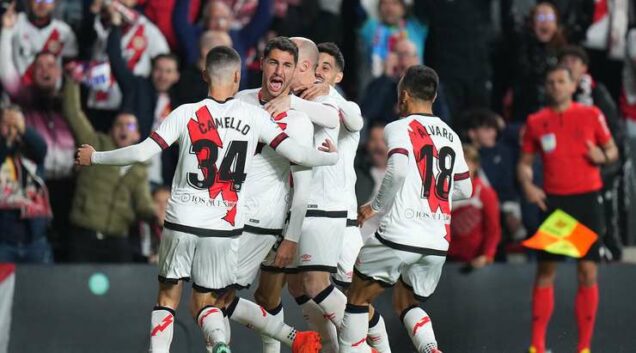 Real Madrid suffered their first league defeat this season after capitulating to 3-2 loss away at Rayo Vallecano on Monday.

Madrid missed the chance to overtake leader Barcelona at the top by the defeat.

Santi Comesana opened scoring for Vallecano on the 5th minute, scoring with a brilliant shot into the bottom right corner after being released inside the box by a superb lofted pass from Fran Garcia.

Madrid levelled on 37th minute through a penalty. Luka Modric sent Stole Dimitrievski the wrong way and fired the penalty into the middle of the goal.

The visitors then made it 1-2 four minutes later. Eder Militao jumped highest inside the box to meet a perfectly executed corner kick by Marco Asensio.

His header was precise and ended up inside the left post, leaving the goalkeeper flapping in the wind.

Alvaro Garcia equalised for Vallecano three minutes later. He was in the right place at the right time to get to the rebound inside the box and gleefully rifled the ball into the top of the net.

The homers hit the win from the penalty spot on 67th minute. Oscar Trejo won the battle of wills and sent an unstoppable penalty past Thibaut Courtois into right side of the goal.
Tags:   Rayo Vallecano   Real Madrid