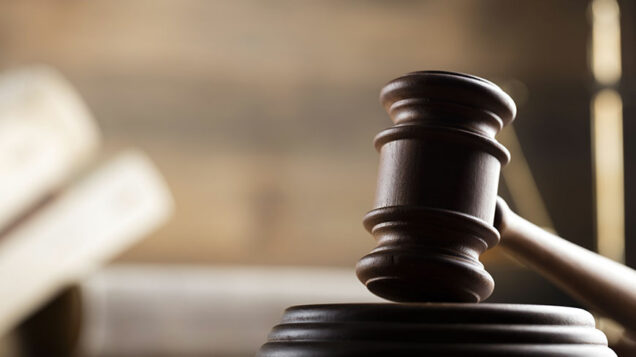 A gardener, Sunday Apuye, was on Wednesday docked in a Grade I Area Court in Karu, Abuja, for allegedly stealing 12 air conditioners worth N3 million.

The police charged Apuye, 37, who lives opposite Nyanya police station, Abuja with theft.

The Prosecution Counsel, Mr Ade Adeyanju, told the court that the matter was reported at the Maitama Police station by Ifeanyi Obiakor of Luanda crescent wuse II.

Adeyanju told the court that sometime in Sept.one Emmanuel Yaro who was as a security man at Obiakor’s farm in Gwagwalada Area Council, FCT, was absent from duty and asked the defendant to work for him for three weeks.

Adeyanju said the defendant was also a gardener in the same farm and dishonestly stole 12 air conditioners valued at N3 million from the building.

The offence, he said, contravened the provisions of Section 289 of the Penal Code.

He said that during police investigation, it was discovered that the footprints found on the dusty floor matched the foot wear the defendant always wear to work.

The defendant therefore pleaded not guilty to the charge.

The Judge, Mr Ana’s Mohammed, admitted the defendant to bail in the sum of N500, 000 with one surety in like sum who must live within the court’s jurisdiction.

Mohammed ordered that the surety must provide affidavit of diligence, statement of account address, while the National ID card of the surety must also be verified by an officer of the court.

He adjourned the case until Dec. 6 for mention.