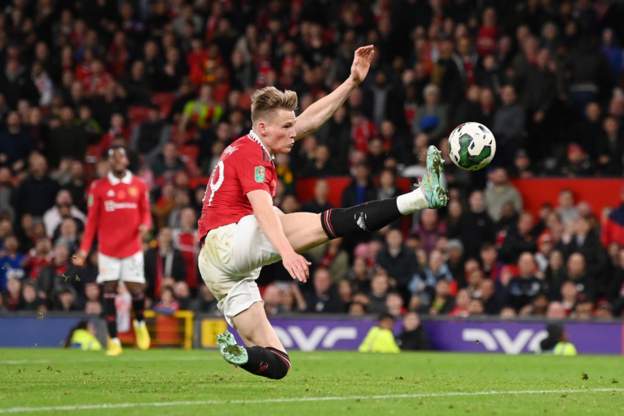 Manchester United avenge their defeat by Aston Villa last weekend, by thrashing the visitors 4-2 in the Carabao Cup on Thursday.

Aston Villa had stunned United 3-1 at home four days ago in Unai Emery’s first game in charge of the club in the premier league, first time they have done it at home since 1999.

Today’s Carabao Cup clash at Old Trafford was seen as a revenge mission for United, who must win or crash out of the competition.

After a barren first half, Villa took the lead on 48th minute. Ollie Watkins raced on to a ball forwards and kept his composure with a lovely lifted finish over Martin Dubravka.

United hit back a minute time. The ball was squared to Anthony Martial and the Frenchman, in his first start in almost a month after an Achilles injury, tapped into the net.

Villa took the lead again through Diogo Dalot’s own goal on 62nd minute.

Leon Bailey made an instant impact. Ashley Young was able to run at the United defence and crossed to the back post where Bailey was. He headed it backwards, looking for a team-mate, but Dalot, a few yards from his goal-line, prodded it into his own net from close range.

Villa’s lead lasted for just a minute as United equalised again to make it 2-2 through Marcus Rashford. He did superbly to stay on his feet as Tyrone Mings slipped in front of him, Rashford had the class to take a touch and then drilled a finish past Robin Olsen.

Bruno Fernandes made it 3-2 for the homers. It was a disaster for Robin Olsen. His clearance was extremely poor, straight to Alejandro Garnacho and he played a first-time pass to Fernandes.

Fernandes took a shot at goal and it took a deflection off Mings to go past Olsen.

United sealed the victory on added time. Scott McTominay came storming in at the back post and got his studs on to it to divert a volley on the stretch into the net.