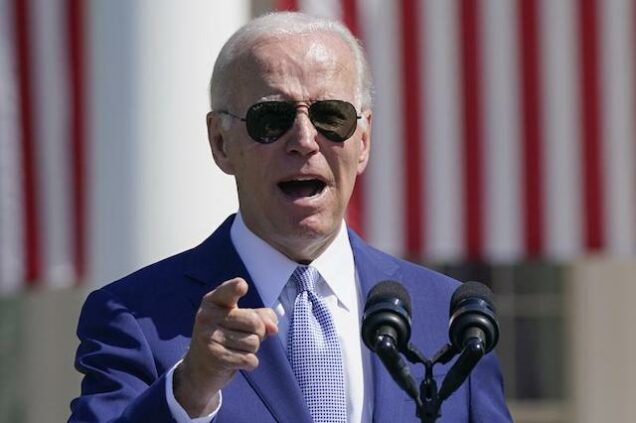 Supporters of former U.S. President Donald Trump, are only a minority of members of the opposition Republican Party, according to President Joe Biden.

“Voters had made it clear in the country’s midterm elections that they don’t want every day going forward to be a constant political battle,’’ Biden stated.

The American leader stated this on Thursday, during a post-election news conference at the White House.

“I don’t think we’re going to break the fever for the super mega MAGA Republicans,’’ he said.

The U.S. president was referring to the slogan “Make America Great Again’’, which Trump popularised during his 2016 presidential campaign.

“But I think they’re a minority of the Republican Party,’’ he added.

Biden spoke on the heels of a vote count, in a handful of tight races across the country, that would determine control of the U.S. Congress.

“I think the vast majority of the members of the Republican Party, that we disagree strongly on issues, are decent, honourable people.’’

Biden cited his years of experience in the U.S. Senate and House.

Even after Trump left office in 2021, he and his supporters continued to play a key role in Republican party politics, with Trump endorsing dozens of candidates during the midterm campaign.

The party appears increasingly torn between radical Trump supporters and those who want to put the unpredictable former reality TV star behind them.