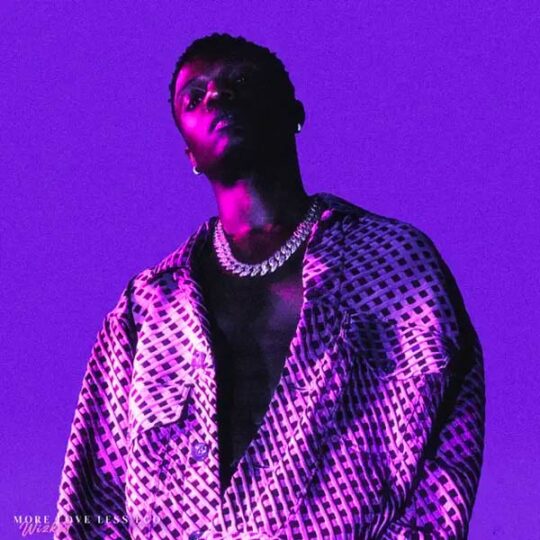 More Love, Less Ego marks the follow-up to 2020’s Grammy-nominated Made in Lagos, which has over a billion streams and was certified gold by the RIAA.

The newly released Album consists of a total of Thirteen (13) recorded studio tracks.

On More Love, Less Ego, the task was made smoother with producer P2J again by his side.

Their percussive, midtempo palette makes for a rich, winning combo, and the duo leans into it here with Wizkid’s pillowy vocals and the bright, unifying themes of passion and celebration the ideal complements.

But, as the title suggests, a more emotionally exposed artist emerges across the album’s 13 tracks.

“All the time, I want to show up as my highest self,” he says.

“I’m really trying to show how God has blessed me with this talent and what I can do with it. And I’m here on earth to take this to the highest of my abilities.”

Stream the album below: