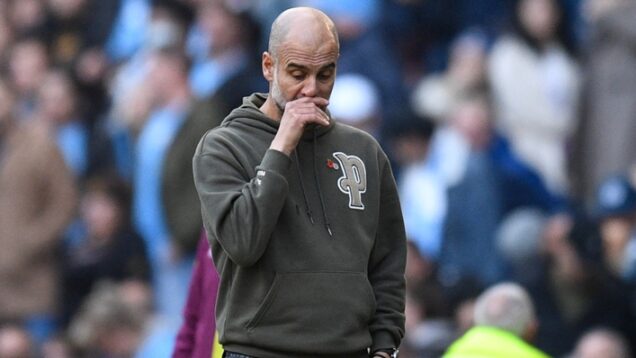 City approached their meeting with Brentford knowing a win would move them – at least temporarily – to the top of the table, but Toney added to his opener with a 98th-minute winner as the Bees clinched a shock victory.

The champions failed to build on Phil Foden’s outstanding first-half equalizer despite subjecting Brentford to long spells of pressure, and Guardiola believes the result was a fair one.

“We struggled a lot from the long balls, direct from [David] Raya up to the striker, and when they lost the ball, they were always behind the ball.

“We had problems up front and we didn’t have our rhythm. We had more momentum, but when it was crosses, second balls… we struggled.

“It’s difficult, in the small spaces, we need the quality and we struggled. But yeah, they were better, I accept it.”

Toney’s second strike came after 97 minutes and 16 seconds, making it the latest winning goal scored against City in the Premier League since Opta’s exact goal times became available in 2006-07.

The result ended City’s 20-match unbeaten run on home soil, but Guardiola does not feel the spectre of the World Cup affected his team’s performance.

Asked whether his side played with caution ahead of the tournament, Guardiola said: “Who knows? I don’t think so.

“I think the problem was tactical, you saw how the guys ran and how they fought, it was more the long balls and second balls, we weren’t able to do it.

“It’s football, now there’s a break for everyone. I congratulate Brentford. Hopefully, the guys at the World Cup can enjoy it, and we’ll come back.”