Messi 'always has his home' in Barcelona – Laporta 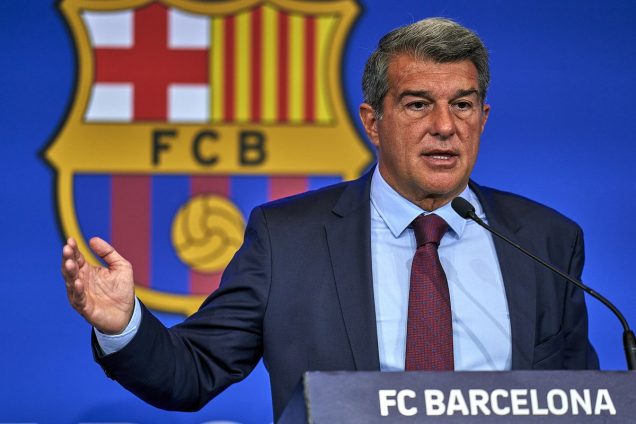 Barcelona president Joan Laporta has reiterated Lionel Messi “always has his home” at the club.

Speculation of a return to Catalonia has been present ever since and has heated up ahead of 2023 when Messi is set to become a free agent unless he agrees to a fresh contract in the French capital.

Whether an emotional return materializes remains to be seen but Laporta is keen to stress that Messi will always be welcome.

“Leo knows that at Barca he always has his home,” he told Sport.

“But let me not talk about Leo because he is a player of another team and we would enter again into a series of statements and counter-statements that would not benefit us at all. He has a current contract with a European club.

“I can only say that Leo has been the best player in the history of Barca.”

Barcelona waved goodbye to another stalwart last week in Gerard Pique, who decided to retire, and Laporta made it clear the decision was solely down to the defender.

“Pique’s departure has been decided by him. Motivated surely by a sports theme. If Gerard had had the confidence of the coach and played as an undisputed starter, he obviously would not have left,” he added.

“Pique has decided what he wanted to do and we, from the board of directors, respect it.

“Xavi has been very honest with him. From the first moment, the technician told him that he did not count on him and I also commented to him about his situation.

“But Gerard is a competitive man, a winner, and he still saw himself as a starter and wanted to continue. Although in the end he has seen reality and made a decision.

“He has had a way of saying goodbye to the club, given the haste, very nice. We always want our heroes to be eternal but it is impossible.”

Barcelona head into the mid-season break for the World Cup top of LaLiga, two points ahead of Real Madrid, and return to action in late December against city rivals Espanyol.