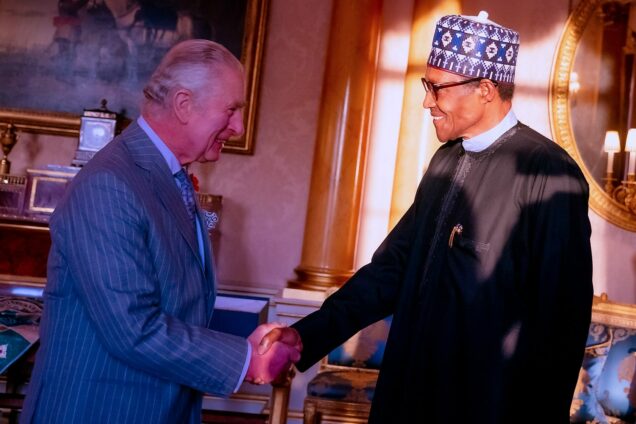 President Muhammadu Buhari has again demonstrated that he is indeed a symbol of moral rectitude, going by his recent engagement with the new King of England, King Charles III.

At the epochal meeting, according to the Buhari Media Organisation (BMO), the King of England was reported to have inquired from the President if he owned a house in England and the President responded in the negative, stating that he has only two houses in Nigeria, and they were acquired long before he became President in 2015.

In a statement signed by its Chairman Niyi Akinsiju and Secretary Cassidy Madueke, the group said it “considers this as a practical demonstration of integrity and honesty in the service of humanity which Nigerian politicians ought to emulate.

“Additionally, this revelation by President Buhari is a working example for African leaders, as President Buhari has become a global role model in leadership, integrity, accountability and transparency.

“It is also noteworthy that with President Buhari being the first African leader to be officially received at Buckingham Palace after his ascension, King Charles has shown that the President is held in high esteem by global leaders.

“Similarly, the King has on account of President Buhari’s leadership role in Africa continued to cherish their long-standing relationship,” it said.

BMO said it believed that Nigeria, with its large market and economic potential, stands to gain hugely from such global engagement.

“As a people, we must consider it an honour that Buhari has continued to showcase the positive sides of Nigeria to the international community.

“It is also gratifying that he has used the opportunity of his visit to the UK for a medical check-up to also work for the growth and development of Nigeria,” the group added.