Ronaldo: Man Utd "betrayed" me, Rooney jealous of my career 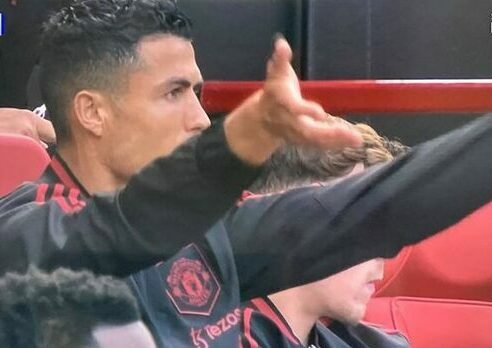 Cristiano Ronaldo has suggested Wayne Rooney’s criticism of his behaviour at Manchester United is rooted in jealousy.

Ronaldo has been the subject of a great deal of scrutiny this season, having pushed for a move away from United ahead of the August kick-off.

After staying at Old Trafford, the United great fell out of favour under new manager Erik ten Hag and was widely criticised for refusing to appear as a substitute against Tottenham.

Ronaldo stormed down the tunnel during that match and was subsequently suspended for United’s next game.

Ten Hag has reintegrated Ronaldo, but his role remains the subject of debate, with former strike partner Rooney weighing in this week.

While some of Ronaldo’s other team-mates have defended him, Rooney said the 37-year-old’s behaviour was “not acceptable” and an “unwanted distraction”.

Now, in a wide-ranging interview with Piers Morgan Uncensored, Ronaldo has responded.

“I don’t know why he criticises me so badly,” he said in an interview that will be broadcast in full next week.

“Probably because he finished his career and I’m still playing at a high level.

Ronaldo joined United for the first time in 2003, a year before Rooney was signed from Everton, and the pair won the 2007-08 Champions League together.

While Ronaldo will be heading to the World Cup with Portugal, Rooney – England’s record goalscorer – is preparing for his first full season in charge of MLS side D.C. United.

As well as poking fun at Rooney, Ronaldo used his interview as a platform to discuss how he has been “betrayed” by United, adding he does not respect Ten Hag.