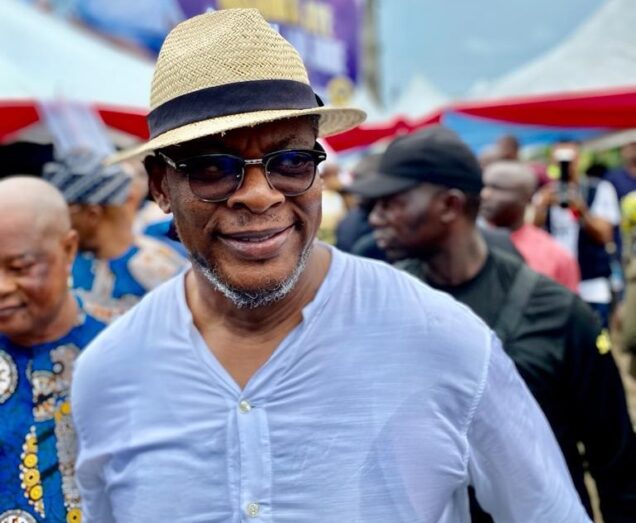 Even in advanced democracies, it’s a bit of a convention, although an unwritten rule for parties to share state power. It helps to create balance of terror, if you like. That’s why the opposition almost always chair the appropriation or finance committee. It is why Americans crave for a balance between the executive and legislature. With the judiciary as the buffer for the people. Here in Rivers State, the story of All Progressives Congress (APC) members is long. The blow is coming from all angles; the periphery, the neighbour, from President Muhammadu Buhari and his henchmen. Rivers APC is receiving the treatment meted out to the opposition both home and away.

It will be perfectly fine for Rivers APC to seek the status and be classified as a POLITICAL ORPHANAGE. Or how else do you define a situation where all the powers of the state are used by the PDP to spar with the APC in Rivers State. We are not talking of enjoying undue advantage, but begging to be allowed to freely exercise our rights as a political association. How else do you characterize the fate of members of the President’s party that are oppressed with the institutions controlled by the President?

In 2015, under President Goodluck Jonathan, the Rivers APC members, felt first hand, the impact and meaning of FEDERAL POWER. From the eve of the election, no major operative of the party enjoyed the luxury of sleeping in their homes. Many were either hounded into penitentiaries without trial, or murdered straight up. None dared show up to vote, talk less of defending the votes cast for the APC. A few weeks to the 2023 elections, 2015 is looking like a tea party for Rivers APC. In 2015, they waited for the eve of the election before terror was unleashed. Today we cannot even campaign to be voted. Posters are torn up even before the gum sticks on the surface properly. Public relations agencies are warned to treat APC as lepers and their billboards must not be seen in the metropolis.

Even if posters or billboards do not win elections, why should the federal government of President Buhari help the state government enforce such draconian policies intended to snuff life out of his “fellow” APC members? Every day, courts in Rivers state remind us of how perilous the political life of an APC member is in Rivers state. Meanwhile, the police say we should go to the same courts to seek leave to campaign. Meaning that it’s not the duty of the police to ensure that all have equal opportunity to freely campaign without fear of being molested. And these are literally the appointees of President Buhari.

Ordinarily, a competition, should be about losing or winning, and there’s always winners and we are in The race to win it. Being aware that we can also lose- even if we set out To win makes it fun for us all. According to Andrew Whitworth, “If you’re a true warrior, competition doesn’t scare you. It makes you better.” So, why should normal people be scared of fair competition? Distg Comr Owhorkire Rhino and the Omuma treatment? Why the destruction of posters and billboards, or even the outright denial of billboards space to main opposition parties? Why the desperation to stop free and fair process that will give the people an opportunity of making informed electoral decisions? Yet, we hope for a violence free electioneering process. If these acts are not psychologically violent, what is?

According to Hanna Arendt, “The extreme form of power is All against One, the extreme form of violence is One against All. And this latter is never possible without instruments”. I guess this is why the extreme and reckless use of state power by one against anyone perceived to be against the imperial tenure of THE HEAD. The one that must be served, worshipped and revered. The one whose power and interest is one as the state’s. So, say no to him and you are saying no to the state. An enemy of the state.

In a letter to Christian Ronaldo, Robinson Tombari Sibe, reminded us of the biblical admonition that there is a season for everything, and that power is transient. He reminded the great CR7 that “You came to United a young lad, with all the pace, energy, skill, and power; skipping past defenders with ease. Not anymore, and it’s normal. You have to understand this, and realize that the team comes first. Every player went through this curve – Pele, Maradona, Charlton, Eusebio, Ronaldinho, and others. You’ve got to handle it with grace and calmness, and not by running to cry on the shoulders of an Arsenal fan, Pierce Morgan.” The truth is that, in this letter, I saw Rivers State, Melford Okilo, Rufus Ada-George, Peter Odili, Chibuike Amaechi, and of course, Nyesom Wike.

Now, if you “Udongerriiitt, then forgErr about it”. As for the manipulation of the electioneering process, I’ll refer those who have conscience, to the very prophetic statement of Douglas Adams… “To summarize the summary: anyone who is capable of getting themselves made President should on no account be allowed to do the job.” Meaning that we must not trust people who desperately seek power. Their intention can never be noble.

I am convinced beyond every and any modicum of doubt that Executive Orders 21 & 22, arrest and humiliation of Comr. Rhino, the violent attack on Comr. Nwankwoala Udo and other Atiku Mandate members, reign of membership of political parties by affidavits, forum shopping, destruction of posters, directive to private businesses to deny opposition use of their facilities, and of course the destruction of campaign materials of “hostile opposition”, while leaving out those of “friendly opposition” imposes on all well-meaning citizens and residents a responsibility to stand up for participatory democracy. We must resist the attempt to enthrone manipulative impositions on both the voters, the candidates and the umpires.

Maybe, if we had spoken with one voice in 2001/22, when thugs roamed the communities destroying and disrupting political meetings in Obio Akpor LGA, when Obio Akpor LGA chairman sealed the campaign office of Dr Abiye Sekibo in 2011 and when Kenneth Kobani and others were arrested for daring to open a parallel party office on Ohaeto street, in the run up to 2011 elections, Rhino and Udo wouldn’t have been so brutally humiliated and attacked. Tonye Cole would have had his campaign billboards erected just like members of the friendly opposition. Lesson: Let no one be indifferent to the man-made misfortunes of their neighbours or relatives. Indifference weakens the body fabric of the community. The opposite of love cannot be indifference. It is hate. Especially that worst variety of indifference that is lukewarm.

This (Rivers) government has done projects and believe that it is enough testament to their commitment and the basis for seeking consolidation. If they believe their own story, why not trust that the beneficiaries will also believe that governance is about roads and bridges?

In my thinking, it is well beneath the expectations of a government in power to misinterpret incumbency to mean occupancy. You’re a government of the people and not an army of occupation. Government should be too busy delivering good governance to bother constituting an army of enforcers roaming around with cocked guns looking for “illegal posters and billboards”. Posters and billboards only give us a sense of the season. They don’t win elections. True. We must all rise up, and in one voice say no to “despotic intolerance”.

Despotic intolerance led to the birth of nazism, Rwandan genocide and January 6 Movement in the US. According to Charles Soludo “this exhibition of desperation, intolerance and attempt to bully everyone who expresses the slightest of dissent is reprehensible”.

Let me end this, by referring us to the kind words of Charles Soludo to Peter Obi. It may help us appreciate the virtues of tolerance and fair competition better. Charles said to Peter….. “Yes, I fully understand the anger of some urban and Diaspora youths and some Nigerians who are dissatisfied with the trajectory of the country or with the candidates of the major parties and wished other options. Not knowing much about others, some see Peter Obi as the contrast they wished for. I get the point. But this is a democracy: the minority will have their say, but the majority their way. Translating anger and social media agitation into political outcomes requires humongous work”. He is simply saying that we should behave ourselves in the political space.