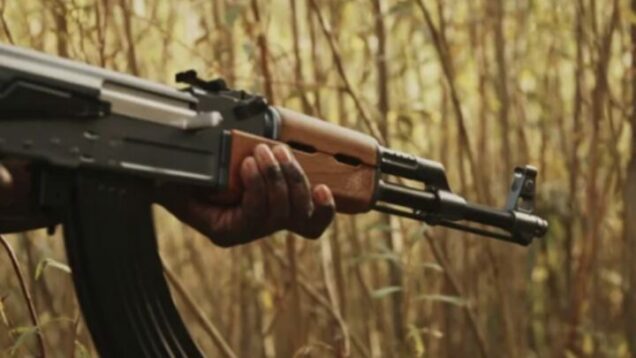 A joint security team of police and army have neutralised two assailants involved in the killing of a former Commissioner and Council Chairman in Enugu State, Chief Gabriel Onuzulike, and his brother.

Onuzulike and his brother were attacked and shot dead by the assailants at Nkpokolo-Achi Road within Oji-River Local Government Area in Enugu State on Nov. 18.

This is contained in a statement issued by the state’s Police Public Relations Officer (PPRO), DSP Daniel Ndukwe, on Saturday in Enugu.

“Pending the receipt of a detailed report, kindly be informed that preliminary report reveals that the two assailants that attacked and murdered Onuzulike and his brother at Nkpokolo-Achi in Oji-River LGA, were neutralised by a joint police/army team.

“The team swiftly responded to a distress call on the incident and intercepted the hoodlums at Inyi community of the same council area, as they were escaping into Anambra.

“The team recovered one AK-47 rifle and one pistol with several live ammunition as well as the Toyota Land Cruiser Jeep belonging to the deceased.

“The team further recovered a Toyota Camry car the assailants attempted to snatch from another victim and a RAV4 Jeep they used for their heinous criminal operation as well as two mobile phones, among other items,” he said.

He noted that the manhunt for accomplices of the assailants, many of whom escaped into nearby forest with severe degrees of gunshot wounds in the ensuing gun duel, marked by the superior firepower of the team, is still ongoing.