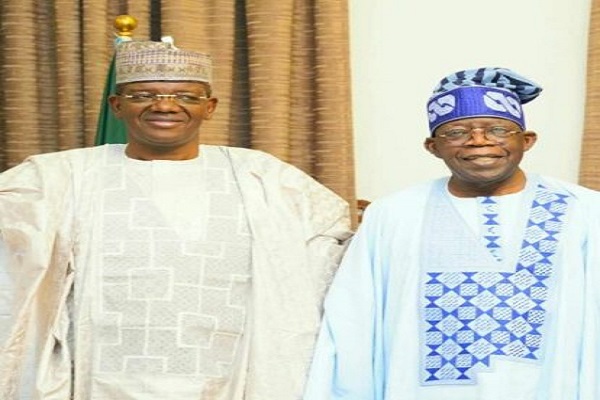 The All Progressives Congress (APC) Women Professional Council on Friday declared support for Sen. Bola Tinubu and Gov Bello Matawalle’s second term bid as well as all the APC candidates in the 2023 general elections.

The Zamfara Coordinator of the group, Dr Barira Ibrahim made the declaration while addressing a large crowd of APC women at a rally in Gusau.

The News Agency of Nigeria (NAN) reports that thousands of women attended the rally that started from Gusau Women Centre to the Government House.

The event with the theme:” Tidying up and Sweeping Zamfara from Top to Bottom”, was organized by the group to declare support for Tinubu and Matawalle’s candidature as well as all APC candidates in the state.

Dr Ibrahim noted that it had been a long tradition in the state that women played vital roles during elections.

“Therefore, we must declare support for candidates with good plans for women.

“All women in Zamfara agree that we must participate in politics to realise our dreams”, Ibrahim said.

“Zamfara is already home of APC, therefore, no seat should be left to the opposition parties.

“As state coordinator, I am happy to announce that we are going to mobilize and ensure that all women in our localities vote for all APC candidates”, she said.

She commended the Zamfara governor’s wife, Hajiya Aisha Bello Matawalle for uplifting the lives of women in the state.

According to her, thousands of women in the state benefitted from Mrs Matawalle’s empowerment programme.