FACT CHECK: Did El-Rufai say Tinubu is old, tired and should retire? 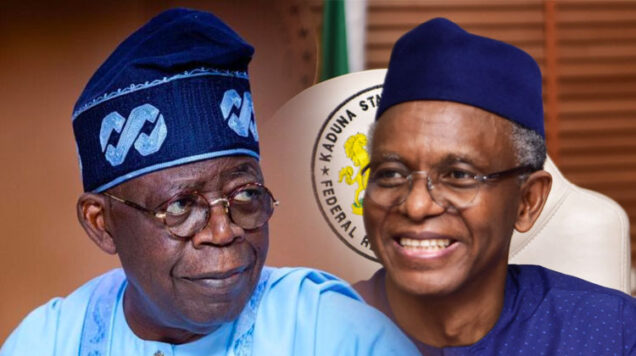 In the last few days there has been a trending video of Kaduna State Governor, Nasir El-Rufai purportedly saying that the All Progressives Congress’ (APC) Presidential candidate, Asiwaju Bola Tinubu is too old, tired and should retire.

The video has been trending online, with politicians and their supporters feasting on it and saying that even El-Rufai, an APC leader, has asked Tinubu to retire from politics because he is too old. Mostly, supporters of the Labour Party’s presidential candidate, Peter Obi have been feasting on the purported statement credited to El-Rufai.

What was being brandied an shared on social media reads: “If you get to such an age you should be grateful to God and leave others to do the job because obviously your strength has started dwindling…but some of them will not agree. And Asiwaju will not agree. I observed him when we sat down together 3 days ago.”

A chieftain of the PDP and publisher of Ovation, Dele Momodu also shared the disputed claim just to ridicule Tinubu and promote Atiku Abubakar.

In the video, El-Rufai spoke in Hausa language. It was an interview he granted to ; cdea local station.

Findings shows that the video is not a recent one as mischief makers are claiming on social media. The incident happened before the presidential primary of the APC.

El-Rufai on Saturday retweeted the full translation of the video shared by Inside Kaduna.

“I thank God for everything he has done to me. To be sincere any kind of work you want me to do, there are young people that work together with me that can do it. And if they can do this work, why should I collect young people’s jobs when I’m getting old?

“I’m 62 this year and I’ll be 63 next year. I think I should be grateful to God and leave the job for others to do because I’m becoming weak but some did not accept the excuses I gave. Even Asiwaju, we are still arguing with him on the excuses I gave, but we will continue to discuss on it. That is the plain truth. I did not seek for any position and whoever said I seek for any position has lied”

Verdict: There was no where in the video where El-Rufai said Tinubu is too old and tired and should retire from politics. The Kaduna State Governor was only saying he did not want to take up any position anymore because of his age. He was referring to himself. The content of the video was quoted out of context to suit the whims and caprice of the aim of those demonising Tinubu and against his presidential aspiration.