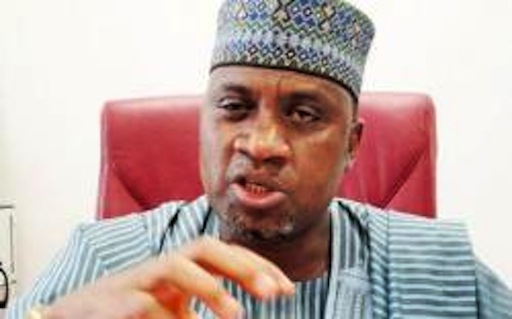 Sen. Kabiru Marafa, Zamfara Coordinator of the Tinubu/Shettima Presidential Campaign Council, has said the people of the state would vote massively for the emergence of Bola Ahmed Tinubu as president in the 2023 polls.

Marafa gave the assurance in Gusau on Sunday while interacting with newsmen after a two-week consultative meeting with various interest groups and individuals seeking support for the APC Presidential candidate,Bola Tinubu

He had also met with the Council of Ulama and the Council of Emirs to seek their blessings and support for the successful 2023 polls and the emergence of his preferred candidates.

Marafa, a Senator in the 8th Senate, said the meetings, held in his capacity as the Coordinator of the APC Presidential Campaign Council, were eventful.

He said within the last two weeks, the council had held meetings with several groups both political and non political groups.

“We held meetings and sensitised different groups and organizations including traditional and religious leaders in the state.

” We also met with students, community-based organizations, farmers associations, and several other groups to sensitise them to vote for Bola Tinubu as the next president of the country.

“We are doing these based on the democratic benefits that we hope to get in return for the people of Zamfara with Tinubu as president.

“We need security, we need to sleep with our two eyes closed. We shall make security a priority,” he said.

Marafa assured that if elected as a senator in the 10th Senate, he would canvass for the establishment of the North West Development Commission to tackle the challenges of the people of the region.

The senator had earlier inspected three buildings in the city centre, being rehabilitated to serve as the Presidential Campaign Coordinating Offices.

He said that one of the buildings would serve as the Zonal Secretariat for Bola Tinubu Presidential Campaign Council with Gov. Bello Matawalle being the North West Coordinator.

“The second office will be the APC state Presidential Campaign Coordinating Office, the third one is the Matawalle Governotship reelection Campaign Office,” he said.
He said the buildings would be furnished and equipped with state-of-art furniture and needed working tools for staff to provide campaign support services.

Marafa said similar befitting Tinubu/ Shettima campaign offices would be set up in all the 14 local government areas for the smooth running of campaign activities at the grassroots.

The coordinator said that the council would set up similar campaign offices in all 147 political wards in the state.

He further said the committee would go round all the local governments to commission the offices and mobilise support for all the APC candidates in the state.

Marafa said Zamfara had been an APC state since the inception of democracy in 1999 and Zamfara would not derail from its initial position of voting for APC across the board.

He noted that with Matawalle as the North West Zonal Co-ordinator of Tinubu for President, he had provided the committee befitting offices in the state to enable them to effectively discharge their responsibilities.

Marafa lauded Matawalle for providing the committee with befitting accommodation during its two-week stay in the state.

He expressed appreciation to Zamfara stakeholders, for working for the victory of the APC and the emergence of Tinubu as President and Matawalle as Governor.

He commended the party members for all their support for the success of the party in every election since 1999 and urged them to keep it up.

Marafa expressed confidence that with the caliber of people appointed to the campaign councils, APC in Zamfara would overwhelmingly win the 2023 general elections.
He said the recent reconciliation of members of the party in the state boosted the APC’s chances in the 2023 polls.

The coordinator noted with delight that members of the party had become a big family, assuring that they would justify the confidence reposed in them. (NAN)