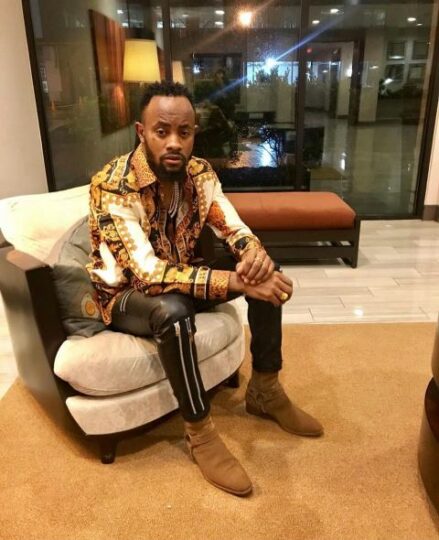 US-based multi-talented Nigerian singer, rapper and songwriter, Edet Otudor Otudor Ene better known by his stage name, O2udor is an extremely versatile artiste who has a number of critically acclaimed singles to his name.

Born to a Nigerian mother and Cameroon father, the singer says his musical identity is drawn from two genres of music; Afrobeats from Nigeria and Makossa from Cameroon.

According to him, he grew up listening to both Makossa and Afrobeats and his ability to tap into these genres, blending the original sounds of these two nations, stands him out among other artists based in the Diaspora. In fact, he is bilingual (speaks both French and English languages), in addition to having lived in the two nations to fully immerse himself in the cultures.

Talking about the influences on his music, he went down the memory painting a vivid picture of how his musical nomenclature was forged and how music became a huge part of him.

“Growing up, I was exposed to many different sounds/genres, from Makossa which I heard almost every day on the radio, to Ndombolo (Congolese music genre), Afrobeats, Reggae/Dancehall, Hip Hop, R&B, Pop and many other genres,” he said.

“My Cameroonian roots have definitely influenced the kind of music I make, first, I’m bilingual, thanks to my Cameroonian roots, ( I speak the French & English languages) and I use French in some of my lyrics to target a wider audience. There are traces of Makossa in my songs, and I make sure to incorporate the sound during the beat creation process of certain songs,” he added.

Speaking further he stated, “I have always been fascinated by the ability of different music artists to express themselves using these different genres of music and their abilities to influence the way people feel. I’m talking about using music to make people happy, cry, inspire, motivate etc through the sounds, made by the different instruments and also the messages.

“I just never gravitated towards a particular genre, so when I started creating my own music, I just never limited myself to a particular genre, I create music based on the inspiration I get and I’ve come to realize that most of my songs are created in the moment, depending on what is happening in my environment at that point in time to which ever beat is available to me.

“When I’m in my creative zone that is what I work with, because I strongly believe that music is for everyone and it is not my place to impose on my audience. And so far my audience has welcomed my versatility and that’s the reason why I’ve never thought of limiting myself to a particular genre or sound.”

Some of O2udor’s popular singles include Best Friend, Better, My Girl and Scared of Change just to name a few, tracks and they are all available on all major music platforms.

In recent years he has managed to grace the biggest stages in Washington D.C. & Maryland such as The Anthem, The Fillmore, the Howard Theatre etc as an opening act for some of the biggest names in international music, including but not limited to; Maître Gims, Davido, Burna Boy and Fally Ipupa.

O2udor started his professional music career in 2014. His debut studio album in collaboration with OMG Entertainment was released on November 20, 2021. The album was titled CMDGF [Closed Mouths Don’t Get Fed] and it consist of 16 tracks and 5 featured artists.

Prior to that, he released an Extension Play (EP) in 2018 titled Incarnation of Love.