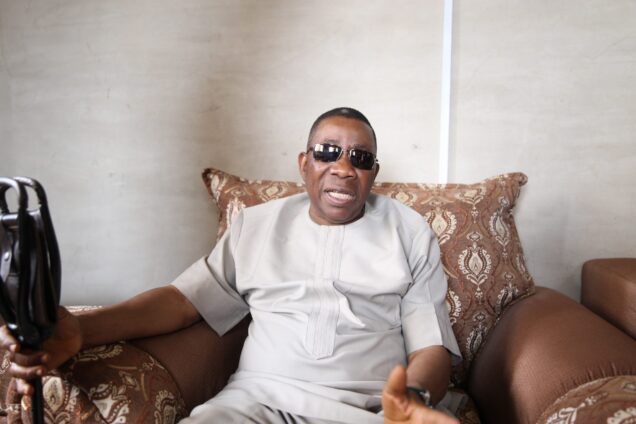 Brig.-Gen. Bashir Adewinmbi (Rtd), Commander of Osun Security Network Agency, known as Amotekun, has congratulated the Osun state’s Chairman of APC, Prince Gboyega Famodun, on his appointment as the traditional ruler of Igbajo in the Boluwaduro Local Government Area of the state.

The appointment of the APC chieftain as the new Owa of Igbajo was announced Monday by the state government.

The Amotekun commander, in a congratulatory message, described the APC Chairman as an upright man and a foremost custodian of the people’s traditions.

“The appointment of Famodun is putting the right peg in the right hole, which will bring more progress to the Igbajo community,“ he said.

Adewinmbi said Famodun was equipped with leadership qualities, having piloted the affairs of APC in the state for years.

Osun Commissioner for Information and Civic Orientation, Funke Egbemode, announced the appointment of Famodun as the Owa of Igbajo in a statement she issued on Monday.

Egbedore said the appointment, which was with immediate effect, was made at the State Executive Council meeting.

The Owa of Igbajo stool became vacant following the death of Oba Olufemi Fasade on Dec. 23, 2020.