Gazing through the Mud-Stained Glass: Nigerians and our Civic Culture 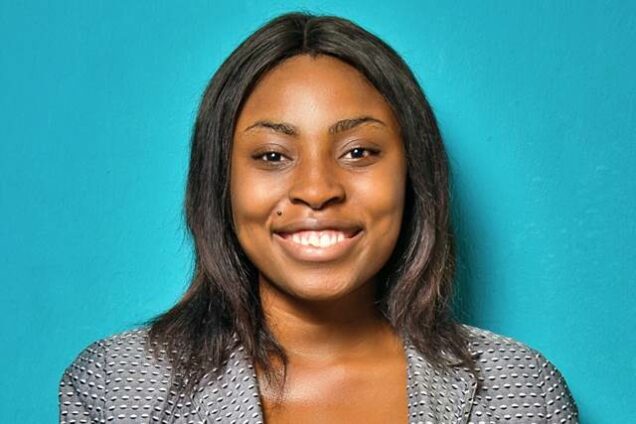 I attended a retreat session last week. It was a regional retreat where each State had three (3) representatives. I participated at the southeast region level along with 14 other young people. There we discussed the National Question; Can Nigeria get better?

I know you have an opinion on this. Everyone does.

Most people think Nigeria is a lost cause, especially with the politics of the 2023 elections staring at us. Some think we are on a precipice and a slight gush of wind will topple us over. Many believe that even cows will reject the grass on this side. Personally, I believe that the country would need years to get its act together.

I shared my opinion at the retreat and got backlash for it. My perspective was considered a poisonous thought contributing to our growing decline. I was seriously warned to stop speaking such negative thoughts to the universe. Apparently, the universe has something to do with our current situation. Anyway, this led to a different discussion; what is the major contributor to our problem: Leadership or Followership?

As you can imagine, the leadership got the brunt of the attack. I mean, you cannot blame the citizens for the increasing decline in the value of our naira. You also cannot blame the poor beggar on the street for the N41 trillion debt profile Nigeria has to deal with. You definitely know that the “government” is responsible for the insecurity that has taken so many lives. “Their job is to secure lives and properties; isn’t it?”

Tempers flared. Hands were raised and words were enunciated with controlled tones. The atmosphere was charged and we all tried to make our points in the most civilized fashion we could manage. We sat there, attempting to have a “logical” conversation while suppressing our amygdala. That night, we had a quiet dinner. No one wanted to address the salient fact: we are in a democracy, thus, we chose our leaders.

Pre-independence, one could argue that the colonial masters held the majority of political influence and who they favoured, won the elections. Post-independence, we brought up the argument of neo-colonialism and how we were used to a certain kind of political engagement. Military rule; we pointed fingers at the men with guns. We were helpless in front of the barrel. Those who spoke died. During the brief respite from the gun, the fear had already gone into our bone marrow. Speak and risk your life. We lost our voices. We watched as the quality of our leaders continued to decline.

The year 1999 brought a democracy that has now lasted for twenty-three (23) years. Our voices have returned but our civic responsibility is still on the bench somewhere vacationing. We utilize our voices very clearly at newspaper stands, in our parlour watching the 9 pm news and on social media answering opinion polls. But the thought of addressing the role we play in enabling the reality we hurl curses at, is very far from us. Now, the minority are carrying the vote because the majority would rather sit and tell tales of “what once was”.

Is the leadership the problem?

Nigeria has a very flawed system. No argument. We have borrowed too many ideas from everywhere that our current system is like a crossbreed between a dog and a human. Any way you look at it, it is something that should never have been. But instead of reminiscing about the story of a country remembered only through tales of history, we have an actual solution.

We practice a democracy, which means at every point in time the powers lines with the people. This is not a mere definition. We do have the power. We have just forgotten how to wield it and once influence is not deployed, it fades.

Every four years, we have the chance to select our leaders across the Federal, State and in some cases Local Government levels. This means that we can choose who occupies the seats at Aso rock, the 109 Senators and 360 members at the National House of Assembly, the 36 State Governors, the 990 State House of Assembly members and the LGA officials. Not only can we make this decision, but we can also change our minds and rescind our decision if the elected representatives are not acting in accordance with our wishes. The only thing we have to do is to follow the due process laid out bare by the constitution.

Is the due process fair? Maybe not. However, it is there, and change never comes easy.

Nigeria does not need leadership with “political will”, it needs citizens with forbearance to read, understand, follow the law and demand their rights. I agree we need strong institutions, but before that, we need people interested and invested in pursuing good governance. We do not need more brainstorming sessions; we need more actors willing to follow through for a genuine cause. We need implementable strategies that are not hinged on big ideas or foreign influence or whatnot. Nigerians need to become patriots; people committed to the development of the State as a whole rather than the selfish interest currently eating at us. If 200 million patriots are living in Nigeria, a mere c.3000 elected political officers cannot dictate our future. They will try but the strongest institution that can checkmate the excess of the leaders we all loathe is Nigerians themselves.

Civic responsibilities go beyond tweeting or digging up dirt for/against the political class. It goes beyond attending never-ending conferences or retreats to “brainstorm” on how to make the country better. Civic responsibility is understanding that you have the right to call your elected officers and pose policy questions and get answers to them. You can research and develop a sustainable solution to a problem affecting your constituency and ask for it to be funded as a constituency project. It is knowing that you are in a partnership with the State and your interests should be protected by you and respected by your partner; the Government.

Good governance is not a favour. Doing the bare minimum should not be celebrated. Do not get used to mediocrity. Politicians and political parties are mostly influenced by the Doctrine of Necessity. They would do whatever it takes, lawful or otherwise, as the situation demands to maintain their hold on Political Power. They leave their castles every four years to canvass for votes because even with our political apathy, it is expensive to rig elections. Imagine the difficulty level when a critical mass of Nigerians are more politically enlightened and comprehend civic responsibility.

It is our collective responsibility to contribute to good governance. The universe has nothing to do with it. Our actions and inactions brought us here and will continue to influence our future. We all have a role to play and it’s high time we all stood up from our high horse and get to work.

-Nneka is a political enthusiast, and socio-political commentator writing from Awka, Anambra State.