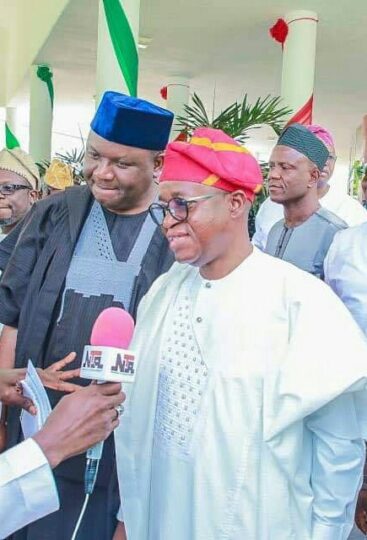 Governor Gboyega Oyetola has approved the appointment of Prince Adegboyega Famodu as the new Owa of Igbajo in the Boluwaduro Local Government Area of Osun state.

Until he was appointed the Owa-elect, Famodun was the Chairman of the All Progressives Congress (APC) in the state.

The stool of Owa of Igbajo became vacant following the death of Oba Olufemi Fasade on Dec. 23, 2020.

Famodun was unanimously selected as the sole candidate of the Owa Oke-Ode Ruling House in a meeting held on Nov. 11, 2022.