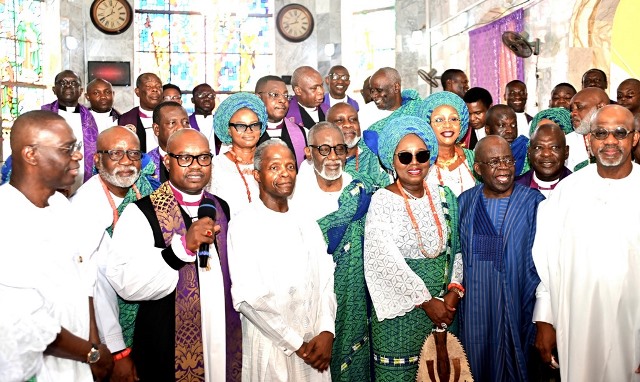 Lagos State Governor, Babajide Sanwo-Olu, on Tuesday appealed to members of the House of Representatives to allow input of sub-national governments in the Electricity Bill 2022 to unbundle knotty issues surrounding generation, transmission and distribution of power in Nigeria.

Sanwo-Olu made the appeal at the Lagos House, Ikeja during the handover ceremony to celebrate the completion of the Lagos State Integrated Resource Plan (IRP) to bolster the overall energy security for residents, which was commissioned in partnership with the United States Agency for International Development USAID, and Power Africa as part of the Nigeria Power Sector Programme, PA-NPSP.

The Integrated Resource Plan serves as a roadmap and blueprint to improve sector planning and coordination while providing guidance on Lagos State energy development requirements to stakeholders, including federal and state agencies, regulators, power generators, electricity transmitters and distributors, investors, and consumers.

The Integrated Resource Plan will improve sector planning and coordination to provide stable and sustainable energy to all citizens and businesses. The Plan will also outline resource development plans for the next 20 years to meet the long-term electricity needs of the State’s residents, businesses, industries, and public/government premises such as hospitals and health clinics.

Speaking at the event, Sanwo-Olu who disclosed that Lagos is the first State to come up with IRP initiative noted that despite privatisation, a lot more is needed to be done in the power sector and it will be better for each State to identify and proffer solutions to their peculiar power needs.

He said: “There has been some form of privatisation but we still need a lot more. There is a bill that is currently with the National Assembly, specifically in the House of Representatives that we need to make a big case about. We want our input in the bill. We want the members of the House of Representatives to call sub-national; states so that we can have proper input into the bill and finally unbundle all of the bottlenecks in the power sector.

“We can sit down together and bring about a bill that is bankable; a bill that will help private sector funding and financing in today’s sector and a bill in which everybody can move at their pace; every location can actually analyse what their demands are and what their future demands would be. This kind of bill will help all of us do a good job of our worth.”

Sanwo-Olu also urged stakeholders, including the top officials of Ikeja electric and Eko Disco who were at the handing-over ceremony not to leave the document on the shelf.

“We can indeed make this economy work for our people. We can make it work for small and medium businesses and cooperate to have access to their power need. It is only when we do that that we will trickle-fold the GDP of this State and of course by extension, the GDP of this country.

“I want to say to every member that this is a job cut out, we cannot go to sleep. This document should not just stay on our shelf, it is something that we need to analyse and digest,” the Governor said.

The United States Consul-General, Lagos, Mr. Williams Stevens, in his address described electricity as the basis of economic growth, trade and investments, adding that the United States government is excited to partner with Lagos State.

“The U.S. government is committed to expanding and supporting the modernization of Lagos’s energy sector, building a foundation for broad and inclusive economic and social development. This Integrated Resource Plan is a concrete testament to the partnership between the United States and Lagos State as we both work together to create a sustainable and equitable future,” he said.

Speaking earlier, Lagos State Commissioner for Energy, Mr. Olalere Odusote, described the IRP as a milestone, which will gradually take Lagos distribution away from the national grid.